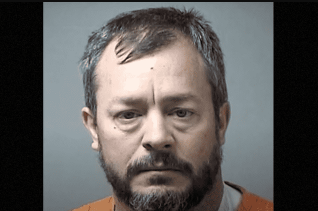 Richard Darren Emery was convicted by a St Charles County jury on Friday, September 30, of four counts of first-degree murder in the 2018 deaths of his girlfriend, her mother and their two children. Emery had returned from a night of drinking and playing poker when he got into an argument with Kate Kasten, 39, whom he shot twice. He then killed his mother, Jane Moeckel, 61, and her two children, Zoe, 8, and Jonathan, 10, in less than a minute at Kasten’s home in the 100 block of Whetstone Drive on December 28. 2018.

The jury rejected claims of mental illness. The St Louis Post-Dispatch claims that Emery played poker and drank at Throw Back’s tavern in St Peters. After returning home, he got into an argument with Kasten, who told him to get out of the house. During this heated argument, Emery killed his girlfriend. His mother, Moeckel, was able to barricade herself in another room with the children, but Emery burst into the room and killed all three at close range, prosecutors said.

The jury rejected Emery’s claim of mental illness when he testified, “I don’t know what’s going on. I’m there, but I’m not there. It’s like looking through someone else’s eyes.” The psychologist presented by the defense stated that the defendant suffered from borderline personality disorder.

Psychologist Michael L Hendricks said, “This was the dream that was kicked out of him. He had invested so much in this relationship and was told it was all over. He had given up so much for nothing.” Hendricks argued that Kasten’s statement to “get out of my house” triggered feelings of abandonment and rejection, resurfacing his childhood trauma.

The psychologist further said that Emery “felt like he was a puppet and someone else was pulling the strings” on the night of the murder. After killing Kasten and his entire family, Emery left the house with an AR-15 and more than 900 rounds of ammunition. Police tried to stop him near Cheshire Drive and Muegge Road.

Emery claimed that while he was in the truck, he was ready to take his own life. But instead, he got out of the truck and started shooting at the police. He was shot twice in the shootout. While escaping, Emery hijacked a vehicle and the woman testified during the trial saying, “I froze” as Emery confronted her with a knife.

She continues, “He’s making these demands. He’s hitting me. I’m trying to push him with my legs. I’m very well restrained in my vehicle, but there was no way I was going to sit in the passenger seat.” During this process, she was stabbed several times, twice in the neck and once in the chest, which caused a punctured lung.

He was arrested on QuikTrip at 2260 First Capitol Drive after a gas station attendant called 911 while Emery was using the restroom. His attorneys were pressuring jurors to find Emery guilty of second-degree murder and try to evade a death sentence.