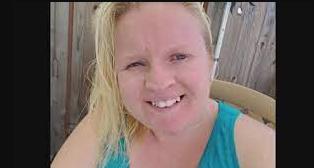 Raelyn Davis was returning from Christmas shopping in Leavenworth when she was shot dead near Steven Pass last weekend, and now her family remembers her as a “ray of sunshine.” “There’s not a single time that you can think of that she wasn’t smiling, laughing, making someone laugh,” said her aunt, Carlin Taylor.

Every room she walked into, she lit up,” added her mother, Stephanie Smith, from her Redmond home. Davis was the kind of daughter who called her mother several times a day. On Saturday, October 15, Davis called her mother and told her that she was on her way home from Leavenworth after going to Oktoberfest and doing some Christmas shopping with friends.

Raelyn Davis Cause of Death

“She said she was having a great time,” Carlin recalled. “She said, ‘I got you a present and I’m on my way home. I’m coming home.'” Davis never made it home. At around 7:50 p.m. on October 15, Davis was shot and killed in what is believed to be a road rage incident along Highway 2, about a mile west of Stevens Pass about mile 63, according to the Washington State Patrol. Davis was riding as a passenger in a silver Kia Sorrento when a passenger in a dark-colored SUV fired shots through the Kia’s rear passenger window, striking Davis.

Her sister, Taryn Davis, said they were planning Taryn’s next birthday together. “We would go shopping together and we would go to lunch together,” Taryn said, breaking down in tears. “Now, I can’t do that with her anymore.” The 24-year-old was just beginning to live her best life. She was going to culinary school to be a baker and had just gotten her first apartment in Everett, all of which makes what happened last Saturday so hard for Stephanie to comprehend.

“I really don’t know what she’s going to bring her every day from now on,” Taryn said. “It’s like a tornado inside my soul.” The only description of the shooter’s vehicle is a dark-colored Subaru SUV with a cargo basket on top. The Washington State Patrol is asking anyone who drove on Highway 2 in any direction from Monroe to Leavenworth between 6:15 p.m. and 9 p.m. m. to view video from the dash cam.