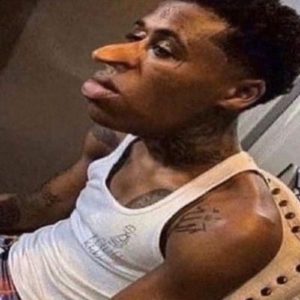 Quandale Dingle: Is he dead? Internet hoax exposed As Quandale Dingle’s popularity on TikTok has grown, internet users are now spreading accusations that the teen who became an instant hit as a meme has passed away.

On the video-sharing website, a video with over three million views went viral, claiming the online sensation passed away. But it is safe to conclude that it is just an online fake. Dingle is still alive.

After a video of the boy went viral in 2021, Generation Z became obsessed with him. Many people saw the name on the back of the footballer’s shirt when they saw him on the pitch. Quandale Dingle later rose to internet fame.

This week, a video surfaced online with the claim that the New Jersey native had passed away. A TikTok user named jaisvideos produced one of many videos mourning his passing. A poster of the high school football player with a halo around his head and his head bowed can be seen in the video.

Also, the text of the video says:

They’re all dying, rip quandale dingle. Due to a suicide, Quandale Dingle passed away at the age of 419 years.

Others who used the same banner and cried hysterically shared their own videos. The following are some of the responses to the video:

Online sources claim that Dingle is still alive, although there is no supporting documentation. It is also essential to note that there is still no accessible information about the football player.

Although he is an online meme, his social media accounts cannot be accessed.

It’s safe to assume the story was made up by online users, as no reputable publication has reported the internet celebrity’s death.

Numerous celebrities have fallen victim to these death hoaxes in recent years. Justin Timberlake, Tom Hanks, Avril Lavigne, and even Jaden Smith are just a few of the many celebrities.

Everything you need to know about the online phenomenon

Dingle, a high school football player from Pennsauken, New Jersey, rose to popularity after being recognized by a TikTok user, according to KnowYourMeme. The latter discovered that the word “Dingle” was written on the back of his jersey after recording a YouTube video of his team.

Dingle was featured in the first video, which was posted on September 13, 2021. Quandale Dingle’s name was placed below a video of a Windows PC login that user asapfeet posted on TikTok.

The now-viral photo of him still has distortion, and it seems the athlete would prefer to keep his identity and appearance a secret.

The boy, who has since gained notoriety as a meme, is still known as a high school athlete. However, a netizen claimed that Dingle had obtained a degree.

User goofygoober793 posted on TikTok an image of Dingle’s name written on a piece of paper on June 18, 2022. The director then announces Dingle’s name on stage and Dingle moves towards him to get his diploma. In just five days, the video had received more than seven million views.

It is clear that netizens are big fans of the teenager. It is understandable that Internet users are spreading false information about him given his growing popularity online.