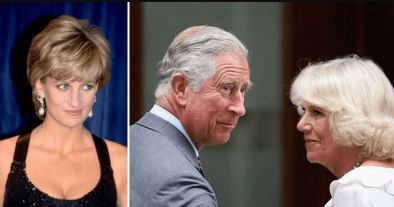 Princess Diana notoriously referred to Camilla Parker Bowles as the “third person” in her marriage to Prince Carlos. She noticed how Charles did not maintain his affection on a very secret stretcher during her marriage, remembering the moment he heard him say on the phone: “Whatever happens, I will always love you.”

The journalist Andrew Morton described Charles’s open communication with a stretcher in his writings on Diana based on records that he sent him. Morton pointed out how this continued even when Charles and Diana were planning the wedding of the decade. In an extract of her book, ‘Diana: her true story’ of her, the emotional trauma she suffered from the so -called “third person” in her marriage with Charles is quite evident.

Morton’s Bombshell’s book presented some quite intimate details of Charles and Diana’s relationship, including the way the latter called him “Lord” when they were dating and only allowed himself to address him by name after they committed themselves . In an extract of the book obtained by Daily Mail, Diana said that she once listened to Charles talking with a stretcher on the phone. She apparently was “on her phone in her bath” while she listened to the other side of the door. She said she heard him say: “Whatever happens, I will always love you.” She said the two “had a dirty row” after she faced Charles later.

Diana learned how Charles and Camilla even had nicknames for each other, Fred and Gladys. She apparently made a stretcher bracelet with a blue album that had “g and f” recorded only one fortnight before marrying Diana. In fact, the flagrant love of Charles on Camilla apparently made Diana ask marry him first. She told her sister how she couldn’t happen to that, but they told her that she had no choice, since it was too late. “They were wonderful and said: ‘Well, bad luck, Duch (his childhood nickname), your face is in tea touches, so you are too late to get out of chicken,” Diana said.

She said that the stress of the situation contributed mainly to her bulimia, which was apparently established after they committed. “My husband put his hand on my waist and said: ‘Oh, a little chubby here, right?’ And that caused something in me, “she said. “And stretcher. I was desperate, desperate.” Diana continued: “I remember the first time I got sick. I was very excited because I thought this was the launch of the tension. The first time they measured me for my wedding dress, I had 29 inches around the waist. The day I I I married, I had 23½ inches, “and added:” I had shrugged from February to July. I had shrunk at all. ”

In the tapes she sent to Morton, Diana said that her day from her wedding to Charles was the “worst day of my life.” In fact, she described herself as a “lamb for the killing” when she joined the royal family. “Two days before the wedding we went to St Paul’s for our last rehearsal, and that was when the camera lights were full and had an idea of ??what the day was going to be,” she said. “And I sobbed my eyes. I collapsed absolutely and it was due to all kinds of things. The stretcher thing raised her head all the way through our commitment,” she added.