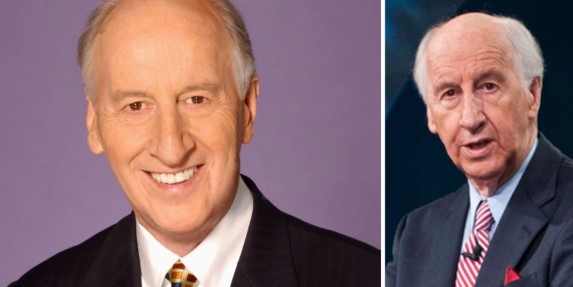 Christian leader Pastor Jack Hayford passed away on January 8, 2023 in his sleep. The pastor was reportedly 88 years old at the time of his death. Jack Hayford’s family stated that he died peacefully and dined with his wife, Valarie, the night of his death and also spoke with his grandchildren that evening.

Jack Hayford, also known as Pastor Jack, was the founding pastor of The Church On The Way in Van Nuys, California, and served there for more than 30 years. He also valued his work as a best-selling author, having authored or co-authored more than 50 books.

Pastor Jack Hayford  Cause of Death

Apart from this, the pastor also composed 500 hymns and choruses. One of the most famous worship songs created by the pastor was Majesty. Pastor Jack also founded King’s University, in Southlake, Texas, in 1997. He served as president of the university and later turned his position over to Pastor Robert Morris.

King University posted a public message announcing the passing of its founder, Jack Hayford, and said: As a pastor, Jack touched dozens of lives, and shortly after his death, social media was awash with tributes as people began to share their experiences and their feelings for him.

One individual, who happened to be the former president of Foursquare Church, took to Twitter to share how no one but his father and the pastor had an impact on his life. He said: Jack was a prestigious Christian leader, who was celebrated by the masses for his teachings and his wisdom.

In addition to all his titles, he also served as president of the International Church of the Foursquare Gospel (ICFG) from 2004 to 2009. When the pastor passed away, the Foursquare Church remembered the former president and posted a series of tweets.

Jack is survived by his four children, 11 grandchildren, great-grandchildren and his second wife, Valarie. Hayford’s first wife, Anna Smith, passed away in 2017, after which the pastor remarried, marrying Valarie.