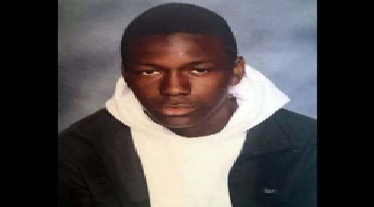 Orlando Harris, who killed two and wounded several more in a mass shooting at Central High School for the Visual and Performing Arts on October 24, 2022, before he was shot dead by police eight minutes after the rampage, they were aware of his mental health issues and they did “everything they could have done” to help him.

The family sought police help to have a gun removed from his home months before the teen acquired an AR-15-style rifle to shoot. Sharing the details, St. Louis Metropolitan Police Acting Chief Michael Sack during a press conference on Wednesday, October. 26, said, “They contacted us, they said he had a firearm. The officers, in their response, turned it over to someone else, an adult who could legally possess it.” ”

The mother wanted it out of the house, so he provided it. The party had it. How he acquired it after that, we don’t know. We’re looking into it,” he said, according to NBC. The family had long been concerned about his mental health, the outlet reports. “The mother, the adult daughter, they worked with him [Harris]. They had a system where they tracked what could come in the mail, his interaction with others and tried to make sure that he was engaging people, that he felt loved.

Sack said, noting that the family not only got him therapy but had him hospitalized multiple times. “Mental health is a difficult thing. It’s hard to tell when someone is violent and going to misbehave. I have to give the family credit: they made every effort they felt they reasonably could. That’s why the mother is so heartbroken by the families who paid for their episode. Sometimes that’s not enough,” Sack said, quoted by DailyMail.

Sack did not elaborate on how Harris obtained an AR-15 just months before the shooting or how he got it through locked doors, security guards and metal detectors at Central Visual and Performing Arts High School. He though he said, “I get that that’s something everyone would like to know, but the reality is that every building — a school, a business, a police station — has weaknesses.”

When asked if the shooter broke glass to get into the building, Sack said, “He had to break in,” NBC reports. Sack said the students were leaving the school when officers arrived at the scene. Harris, he said, had a “long gun.” Seven security workers who were on site acted quickly and notified other staff members and contacted police, he said, according to a MEAWW report.

Student Taniya Gholston, 16, told the St Louis Post-Dispatch that Harris walked into a classroom she was in and tried to kill her. She “he was trying to run and couldn’t run. He and I made eye contact, but I managed to get out because his gun jammed,” she said. Following this, police arrived and gunfire broke out between Harris and the St Louis Metropolitan Police Department and the gunman was killed.