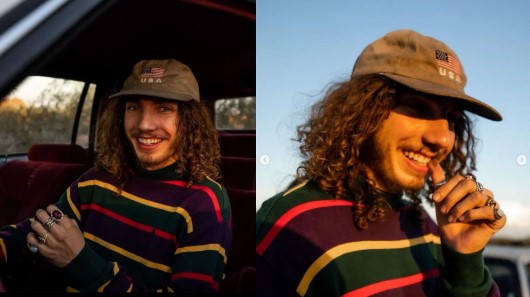 TikTok star and tattoo artist Noah Brady, who went by Pworddestroyer69, passed away on Saturday, January 7, 2023. His mother, Rena Brady, confirmed that he committed suicide through a heartbreaking Facebook post that read:

Noah went viral on TikTok for sharing videos of himself getting tattooed every day for a year starting in July 2021. The influencer tattooed various mundane items after receiving requests from his followers, including orange soda, juice boxes and turntables. He had more than 300,000 followers on TikTok and 17,000 on Instagram.

Noah Brady Cause of Death

Fans were heartbroken to hear the news of the tattoo artist’s passing, and they quickly took to the internet to express their feelings. One Twitter user commented: Noah Brady’s fans and supporters mourned the loss of him as soon as the tragic news of his death broke on social media.

They expressed how the TikToker managed to make them smile and how much they would miss him. Many said they were devastated and heartbroken that he had killed himself. They also shared their support and prayers for Noah’s grieving family.

These are some of the comments seen on Instagram, Facebook and Twitter mourning the loss of the TikToker: Rena Brady Smith, Noah’s mother, was distraught when she informed fans of his passing. In a heartfelt message, she recalled the last moments she spent with her son.

According to Rena, Noah, aka Pworddestroyer69, checked into a hotel at midnight “smiling” just before his passing. However, she explained: Rena tried to talk Noah out of taking his own life, but unfortunately she stopped responding to his texts around 5:18 am. Concluding her note, she shared the importance of mental health and urged everyone to check in on his loved ones.