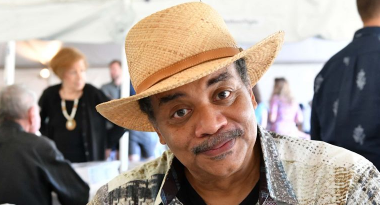 Neil deGrasse Tyson inspired several hilarious reactions on social media after he took a dig at flat earthers on Monday, November 7. The astrophysicist posted a photo on Twitter with a caption that read: “A lunar eclipse flat earthers have never seen.” The image showed the moon with a long, straight shadow on it. In another tweet, he also noted: “Total lunar eclipse late tonight to kick off US Election Day. Eclipses are not uncommon, despite headlines to the contrary. Lunar and solar eclipses combined are more common than elections.”

“We long to believe that a universe billions of years old thinks our time on Earth is special. Total lunar eclipse tonight, after midnight, the full moon will move in and out of Earth’s conical shadow in space. This long and boring event takes place between 1:09 a.m. and 1:09 p.m. m. and 4:49 a.m. m., Pacific time. Convert to your time zone. If it is night on Earth, the event is visible to you,” he added.

Several people joined Tyson in mocking flat earthers when one user tweeted: “Actually flat earthers can get a lunar eclipse on their model. All they need to do is add imaginary objects to their model.” A second user shared: “Ok, looks like fun, but you know you can’t convince a flat earther with this image. To them, the moon is basically a “lighting system” like a big TV screen that can show whatever you see. This is hard to refute within your belief system…”

Another wrote: “Who said it’s flat? It’s a pyramid ?.” “Flat Earthers have an explanation for that. I’m not sure either way, I’ve never been in space. I would gladly discuss the role of the flat earther for @neiltyson to convince me that it is round,” someone else said. Some netizens decided to get more scientific about flat earthers when one of them asked, ”

I don’t want to know, but flat earthers even made 6 calls to people 60 degrees apart around the equator on the equinox… at the same time….maybe every 4 hours for a day?…had each person measured the angle between the plumb line and the sun? It seems that the results would be difficult to explain with a flat Earth model.” Another person asked: “Do flat earthers agree on the shape of the flat earth? Is a circle?

Hexagon? Rounded shape with torn and burned edges? “I don’t think that would work from a simple geometry point of view. You must remember that in their model, the moon and sun must be in the front of the disk/plane at all times,” a third responded to the photo.

“Oh, but SMARTs will tell you that regardless of where the sun is in the sky, some kind of mystical lens effect is directing the rays to hit the earth’s circular disk from below, creating a circular shadow, and then a mystical lens. directing it to the moon,” someone else commented. Another tweet read: “70% of the planet is covered by water. None of that water is carbonated. Therefore, the Earth is FLAT!”