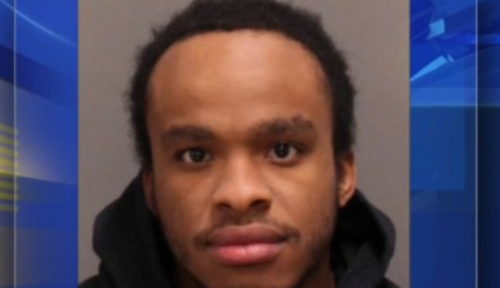 Police linked Johnson to a series of robberies of Temple University students on November 11, 2022, and Monday, November 21, as well as the theft of an unrelated Lexus car. His arrest came after police tracked down several stolen cars and an alleged fraudulent Cashapp payment using a robbery victim’s phone. Here are details of the incidents and the investigation, according to police and the Philadelphia District Attorney’s Office.

In the Nov. 11 incident, police allege that Johnson and another man entered a townhome in the 1300 block of North 15th Street before 6 a.m. Eleven Temple students inside were awakened at gunpoint and forced into the basement. Their phones, laptops, wallets and other valuables were collected and they were ordered to unlock their phones and disable security settings.

Johnson and the other man also allegedly stole the keys to a 2015 Lincoln MKZ. Video from a Sunoco gas station showed the suspects making purchases with debit cards belonging to two of the victims. One of the victims’ phones was also used to make a Cashapp payment to an account believed to belong to Johnson’s girlfriend.

In the Monday incident, police say Johnson and another man entered a home in the 1900 block of North 18th Street around 6:18 a.m. a.m., forcing the door open. The men allegedly locked four residents in the bathroom while taking various items from the home, including a Glock pistol, phones, a tablet, smart watches, a MacBook Pro laptop, and the keys to a black Mitsubishi owned by one of the women. victims.

Similar to the November 11 robbery, the victims were ordered to unlock and disable the security on their phones. The Lincoln stolen on November 11 was found in the 100 block of Logan Street four days later. Philadelphia police detectives found evidence in the car that linked the men to the theft of the Lexus.

On November 21, the same day as the most recent home invasion, the Lexus was found on Royal Street in Germantown. Officers set up surveillance and allegedly saw Johnson enter the Lexus with a key. Police then investigated the vehicle and found a debit card and two Apple Watches that were stolen in the home invasion that day.

Other items from the burglaries were found after police obtained a warrant and searched Johnson’s home. Prosecutors will request that Johnson be held on $6 million bail. Details about the other suspects have not been released.