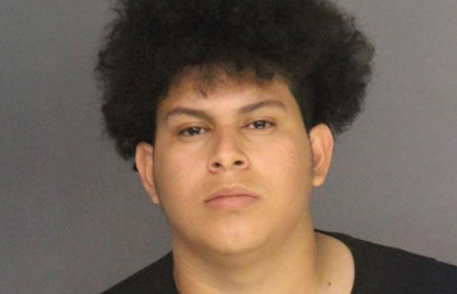 A man accused of killing a New Jersey high school student and a promising young soccer player last year was sentenced Wednesday. In the fall, Yohan Hernandez pleaded guilty to the murder of 18-year-old Moussa Fofana in Maplewood. But as CBS2’s Nick Caloway reported, the victim’s family doesn’t believe justice has been served.

“It breaks my heart,” said mother Hawa Fofana. When she confronted the killer of her son, Hawa Fofana was understandably emotional. She was processing pain that most people could never understand. And my world came crashing down on June 6, 2021 and it hasn’t been the same,” she said.

Moussa Fofana was walking through a sports complex in Maplewood in June of last year when he was shot and killed. It is not clear if there was an altercation. Hernandez, 21, claimed self-defense but admitted to shooting and pleaded guilty in September. Still, Moussa Fofana’s family, including his father, have more questions than answers.

“I want to talk to this guy. What happened to him? If he could talk to me, what did Moussa do to make him shoot my son like that?” Yasse Fofana said. Hernández did not turn to look at the Fofana family at their sentencing hearing. He just kept his head down and listened to an interpreter.

Community rages over plea deal in fatal shooting of Columbia High School student Moussa Fofana Their negotiated plea deal was recommended by prosecutors and approved by the judge, a deal that angered Moussa Fofana’s parents. “This is America, where when someone does something to someone who complies with the law, they get justice.

Hernandez will serve more than 12 years in prison before being eligible for parole. In court, the judge said it was unfortunate that Hernandez did not have the courage to turn around and acknowledge the family of his victim. Said Hernandez is not a legal citizen and he will be subject to deportation upon his release.