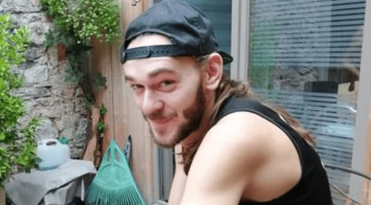 A French hunter who mistook a 25-year-old Briton for a wild boar and shot him dead in December 2020 could now be convicted of involuntary manslaughter. Morgan Keane, 25, a resident of La Garrigue, near the town of Calvignac, north of Toulouse, was chopping wood in front of his house when he was shot in the chest. Keane succumbed to his injuries instantly. Following the incident, the unidentified hunter, 33, as well as the head of the hunting party were arrested, the Daily Mail reported. Now, both are set to stand trial for involuntary manslaughter. If convicted, they could face up to three years in jail. This comes after Keane’s friends launched a campaign calling for gun regulation through new laws in France.

Beniot Coussy, his attorney, alleged that the hunt group’s organizers intentionally planned the hunt in the vicinity of Keane’s home after the latter’s late father complained that shots were fired near his home in 2017. In particular, There are no laws in force dictating the minimum distance to shoot near houses, but sources reveal that a distance of 150 m was followed in several places.

While Keane’s death has brought to light flaws around hunting provisions, prompting calls for hunting safety, the influential hunting lobby is backed by powerful names, including the county chairman. Emmanuel Macron. As a result, most calls for reform have been ignored or dismissed. Campaigners against hunting have also called for a ban on all shooting activities within the range of properties, as well as a complete end to hunting on Sundays and Wednesdays when most children are not in school.

A campaign, ‘Un Jour, Un Chausseur (One Day, A Hunter)’ started by Keane’s friends filed a petition which prompted a Senate investigation. However, his efforts failed after all his demands were overturned. According to the Daily Mail, they criticized the 140-page report compiled by the Senate, saying, “We feel insulted… we feel even more hurt that we lost someone close to us to the hunt,” further describing the report as “indecent.” .”

Now that the murderers of the 25-year-old British man will be tried, his friends hope that the court will make an example of them and also sanction them with a life ban. Keane’s younger brother, Rowan, has called for the killer to be tried for murder. According to his friends, Keane lived alone with his younger brother after the death of his parents. A friend named Lilliane told local media that he “had been very close to his parents,” adding that Keane “looked after his mother, stayed by his father’s bedside and nursed him until the end”. The devoted son was also a wonderfully creative musician.