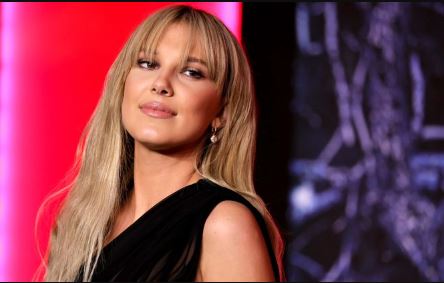 In an interview with Allure magazine, ‘Stranger Things’ star Millie Bobby Brown revealed the news that she is majoring in human services because there “you learn about the system and how to help young people.”

Purdue University’s headquarters are located in West Lafayette, Indiana. The fictional town of Hawkins, which is where ‘Stranger Things’ takes place, is also located in Indiana. Brown plays Eleven, a young woman with telekinetic powers.

After being cast as Eleven in the Netflix series ‘Stranger Things’, Brown gained recognition in 2016. Since the beginning of her acting career, the young actress has struggled with fame. The 18-year-old actress is about to start her first year as an online college student. The objectives of the program are described in more detail on the school’s website, which also states that it is designed to provide students with a fundamental understanding of human development and family studies, as well as the ability to interact with people in organizations of service and evaluate programs.

Over the course of the show’s seasons, Purdue has been mentioned, including on a limited-edition Purdue t-shirt that appeared in season 3. Brown also discussed the opportunities her success as an actress has brought her in another section of the show. allure interview Her much-loved skincare brand, Florence by Mills, was established as a guide for other Gen-Zers interested in learning more about skincare.

“I don’t know anything about beauty and skin care,” she revealed. “That’s why I created this. I’ll take you on this journey with me, so we can learn more about botanicals, serums, fruit and vegetable extracts, enzymes. Things that are so important for your skin, but that we don’t know because we are young. Everything is anti-aging, everything is anti-inflammatory. We don’t know what that means… I need to know more. And I know our generation needs to know more.”

The actress also spoke about her continued work for UNICEF as a Goodwill Ambassador, a position that has given her the opportunity to better engage with and support young women. People might see it as stressful or scary, but in her opinion, that’s the most exciting aspect of her job. “Everyone looks at me and says, ‘Millie, what are you going to say?’ Young girls deserve an education, I will say. All young people should have the same rights. You have the right to love the people you want. Be the people you want to be and achieve your goals by being who you want to be. My message is that “.

The Stranger Things actor isn’t the only cast member who decided to experiment with the whole “being a college student while also being a huge celebrity” thing, which is interesting. Noah Schnapp, who plays Will Byers, revealed in December that he had been accepted to the University of Pennsylvania by posting a super adorable video of the moment he received the offer letter from him.