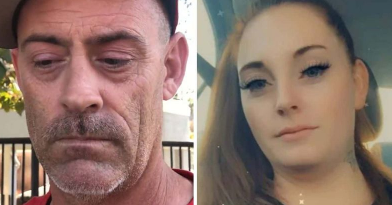 Martin Castro Jr has been furious over the murder of his 27-year-old daughter, Karina Castro, at the hands of her ex-boyfriend, who killed her with a samurai sword in the middle of the road in broad daylight. Karina was beheaded by her ex-boyfriend José Solano Landaeta with a sword in full view of her frightened neighbors outside her Bay Area home. Landaeta, 33, of Hayward, California, was arrested on murder charges by the San Mateo County Sheriff’s Office. Castro expects the defendant to be sentenced to death for what he did to his daughter.

Speaking to NBC, Karina’s father, Martin Castro Jr, said: “I feel like this is a horror movie that I need to wake up from. None of us have eaten. None of us have slept. None of us have had a drink. Any”. I can’t even feel anything right now except pain. I’m empty. If they give him the death penalty, I totally agree.”

After the horrific murder, Landaeta reportedly fled the area, but when police arrived at the scene, he reappeared. ABC7 reported that the victim had obtained a temporary restraining order against him in April. Police said the victim was the mother of two daughters, ages 7 and 1, who were not present when the crime was committed.

On the morning of September 8, witnesses saw her neighbor being killed in the middle of the street in broad daylight, according to Lt. Eamon Allen. “Her head was under the car and she was lying in the back of the car freshly cut,” he told ABC7. Minutes after the murder, which occurred around 11:50 a.m., authorities were at the scene and discovered Landaeta and two friends returning to the victim’s home.

Chapel Thorborne, who claimed to have seen the horrific sight from the steps of her house, told ABC7: “After she lopped off his head, she came walking, him and his two friends. And they walked past me and arrested him. He was hurt, shocked, disappointed.”

The accused has a history of criminal offenses and mental health problems, which erupted when he got into an argument with the victim around 10.30am before beheading her outside the house.
The Sheriff’s Department stated that the investigation is ongoing and that first responders and bystanders who witnessed the horrific crime being committed are receiving peer assistance. “Any time someone loses their life, it certainly is a tragedy,” Allen said. “As for the shocking nature of this, I know that the officers who first arrived on the scene were a little harassed by the scene. We are providing peer support, we are also providing support to the witnesses that were at the scene, because there were several civilian witnesses.”