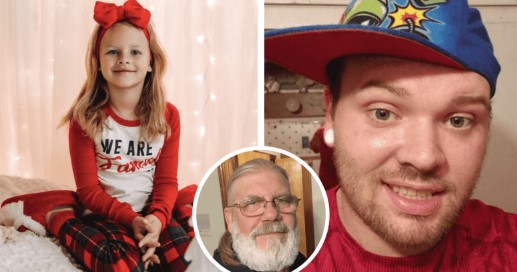 The grandfather of little Athena Strand, the 7-year-old girl who was allegedly kidnapped and killed by a FedEx driver, says he forgives the man responsible for his granddaughter’s death. The girl, who was the subject of an Amber Alert, went missing from her father’s home in Paradise, Texas, on November 30. Two days later, the girl’s body was discovered in Wise County on Friday, December 2.

Statement from her grandfather Mark Strand came just one day after her body was found. Police discovered that 31-year-old Tanner Lynn Horner, a FedEx driver who was delivering a package to the victim’s home, had killed the girl after abducting her. Horner faces capital murder and aggravated kidnapping charges in connection with Athena’s murder.

Wise County Sheriff Lane Akin said Horner confessed to the crime under questioning. Meanwhile, Mark Strand penned an emotional tribute to her loss and her journey to forgive the killer on Saturday, December 3. “This man that I am, he’s angry and I want 5 minutes alone in a cell with the psycho that took Athena from us, but there’s a soft, gentle voice in the back of my head that tells me I need to forgive him,” Strand. he wrote.

He added that he believes that voice is God. “If I allow this hate to consume me, that voice will fade and eventually be silenced. Then that ugly spirit of hate will have succeeded and that is why this soft voice persists to tell me that I need to forgive this man,” according to Fox News. .

Leaning on his faith, the heartbroken father shared: “There is not an ounce of my flesh that wants to do this or say this, but my spirit has heard the voice of God, and right now, as tears well up in my eyes, I publicly declare that I forgive this man!” .

Strand stated. In the meantime, Texans and school districts are urged to honor Athena by wearing her favorite color, pink, on Monday. “My heart is so heavy for Athena,” Wise County Judge JD Clark said in a statement. “…Also, I encourage everyone to join me Monday at 6:30 PM on the steps of the Courthouse to pray for Athena, her family, our first responders, and our community.”