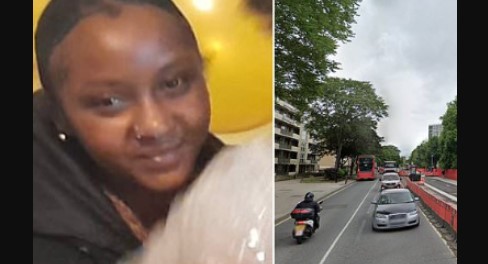 A 54-year-old man appeared in court today charged with the murder of a missing south-east London woman. Maureen Gitau, 24, was reported missing by her family on Saturday December 10, having last been seen five days earlier on Monday December 5 as she was leaving her home on Evelyn Street in Deptford, Lewisham.

Her body has not been found. Mark Moodie, of Nightingale Place, spoke to confirm her personal details when she appeared in custody at Bromley Magistrates Court on Tuesday. The charge alleges that he murdered Ms Gitau in the London Borough of Lewisham on 5 December.

She was ordered to appear in custody for a preliminary hearing at the Old Bailey on Thursday. Police said that Ms. Gitau’s family has been informed and continues to be supported by specialist officers. Detective Chief Inspector Kate Blackburn of the Met’s Crime Command is leading the investigation.

She previously said: ‘Maureen’s family have been informed and will be supported by specialist officers. ‘This news has come as a terrible shock. My thoughts and those of my team are with them at this very difficult time. We are asking anyone who knew Maureen and saw her on Monday 5th December in the Deptford area, or anyone who thinks they have information that could help our investigation, to call 101, giving the reference 3230985/22.” .

Read Also: Who was Justin McIntire? Wiki, Biography, Age, Family, Cause of Death