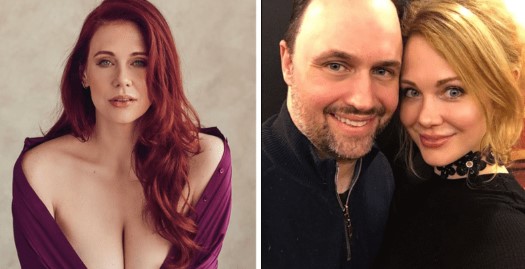 Ashley Maitland Welkos, popularly known as Maitland Ward, made her debut as Jessica Forrester on the CBS show ‘The Bold and the Beautiful.’ She is also known for playing Rachel McGuire in the sixth and seventh seasons of Michael Jacobs’ ABC series ‘Boy Meets World’, but her current fame comes from an even more glamorous field: she is a successful OnlyFans star. .

Maitland Ward is currently married to real estate agent-turned-banker Terry Baxter. The couple reportedly met on the sets of ‘The Bold and the Beautiful’ and married in 2006. In a 2013 interview with Cupid’s Pulse, the couple revealed that they were friends before beginning a committed relationship. “If they can’t be best friends, then it’s never going to work out in the long run.

You have to enjoy spending time with that person. The sense of humor is also important. I love to laugh, and having someone to make me laugh is the best. I think that’s why [our relationship has] lasted. We started with friendship, trust and laughter and built on that,” Ward said.

Ward recently opened up to the New York Post and said her husband was “incredibly supportive” of her adult career. Earlier, during an interview with In Touch Weekly, Ward had stated: “he is also a very good photographer. He has taken pictures of me along the way, like on my social media.” To date, Ward has appeared in 25 adult films, including ‘Cosplay Queen’ and ‘Poolside Affairs’.

The star also stated that since the content she produces is more technical than intimate, having sex with other people on camera doesn’t bother Baxter. Ward said: “It’s fun, the sexual performance, it’s not like you’re going on a date with someone. I feel like it’s more of a dance partner, an ice skating partner, something where you act that way. I think if he continued outside, it would be different.

He puts a lot of trust in me to do what I want to do, performance-wise and set-up and everything.”“First of all, they  come in, we do the sexual act or whatever and they leave, there are no emotions associated. It’s their job and they know it’s their job. So that was for the best for us actually,” she commented.