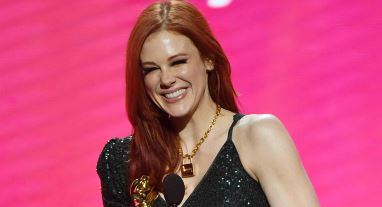 Ward, 45, a sex-positive advocate, says her move into adult film work has finally given her the challenging roles she’s always wanted and brought her recognition. Her pornographic debut earned her an Adult Video News award, often referred to as the “Oscars” of adult entertainment, and the support of her audience, who admire her for living her truth.

In her new book, ‘RATED X,’ which Atria Books, a division of Simon & Schuster, will release on September 6, 2022, Ward exposes the double standards Hollywood imposes on young women, often prohibiting them from being “too attractive.” while taking advantage of them.

Ward describes one such ‘behind the scenes’ incident in which she claims ‘Boy Meets World’ show executives forced her to strip before she understood the impact of doing so. “The producers of ‘Boy Meets World’ wanted her to try on lingerie in her office. Since Rachel was the only character who regularly took her clothes off, this happened more than once.””An attendant would pick me up from my dressing room and take me upstairs, where I was given a variety of options, some perky and girly, some so suggestive I knew Disney would never accept them, but I’d still try them on.

I’d get naked in front of a paper-thin curtain, and I’m sure they could make out the outline of my nude form. They were predominantly male, and as I changed, I could hear them laughing and chattering like an audience might before a performance,” according to their article. from the New York Post. “When I came out, they told me to stay in the middle while they decided if I had shown enough to excite the kids or not.” Exposing the hypocrisy of these encounters, she adds that Michael Jacobs, the show’s creator, said, “You’re like a daughter to me.”

“Michael mainly chose the famous purple number for the episode where Rachel dances while doing the dishes to teach Cory (Ben Savage) and Shawn (Rider Strong), as well as their girlfriends, a lesson. they will go crazy; it is not too much, but enough.’ After her breakup with Jack (Matthew Lawrence) last season, Rachel moved in with the girls. They claimed it would broaden my storytelling, but in practice, it felt more like it gave more guys a chance to swoon. for me,” says the actress in the article.

“The writers characterized Cory and Shawn as f**k boys, as far as Rachel is concerned. They were these fantastic guys for the women they loved, but when Rachel showed up there, they were overly sexualized, which seemed to turn them into people who were disdainful and had a touch of antagonism. They got angry when Rachel didn’t act as they liked or anticipated. Unlike Jack and Eric (Will Friedle), who went to great lengths to earn Rachel’s devotion, these two felt it would be fun sneak around and flip through Rachel’s diary entries and underwear while she was in the shower,” says the actress.

“I will not deny that I liked the attention. However, the audience cheered and whistled when I entered the stage and began to dance. Although I wasn’t completely comfortable with my body, something excited me by having my eyes fixed on it. in my scantily clad physique. My problem with the situation wasn’t how naked I was in general. I would have really enjoyed it if they had approached me and asked for my opinion on the subject. What worried me was that I could never shake the impression that the writers were making jokes about me and underestimating me as if I was the joke of a joke that I would never understand”, the actress affirms even more.

Read Also: Who was Sara Holmes? Wiki, Biography, Age, Family, Cause of Death