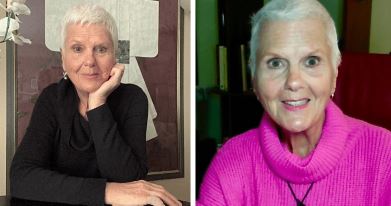 A 75-year-old terminally ill patient is suing Vermont over its residency rule. The rule only allows its own residents to take advantage of the state law that allows terminally ill people to undergo assisted suicide to end their lives. According to Lynda Bluestein’s lawsuit, such an exclusive Vermont residency requirement violates the United States Constitution.

Bluestein, suffering from terminal fallopian tube cancer, wishes to opt for state-supported suicide. In Vermont, doctors can legally prescribe lethal drugs to residents of the state if they have incurable diseases and have a life expectancy of less than six months under the End-of-Life Patient Choice and Control Act (Act 39).

Lynda Shannon Bluestein Cause of Death

According to Bluestein, her life expectancy is not yet six months, but she has witnessed her mother’s death from the disease. This is also his third relapse with the cancer, which makes his chances of survival slim to none. That’s why he wanted to opt for Vermont’s state-approved facilities that assist suicide. She says that she can’t move to Vermont, but she insists that she must be legally allowed to use the state’s death with dignity law as a visitor and receive the same treatment in her own state of Connecticut.

Bluestein was also joined by Dr. Diana Barnard of Middlebury, Vermont, who mentions in her lawsuit that she wants to be able to offer the option of assisted suicide to her terminally ill patients residing in New York state. Currently, NY and Connecticut do not have laws that allow doctors to prescribe medically approved end-of-life options. They seek the court order to block the residency provision and allow visitors to undergo the procedure.

In an interview with The Daily Mail, the 75-year-old cancer patient said: “I never wanted you to see me like this. I also don’t want my children to see me like this.” Wanting to be remembered happily, she added: “I’d like their last memories of me to be as strong as possible, interacting with them and not in an adult diaper curled up in the fetal position, drugged and out of my mind.” .”