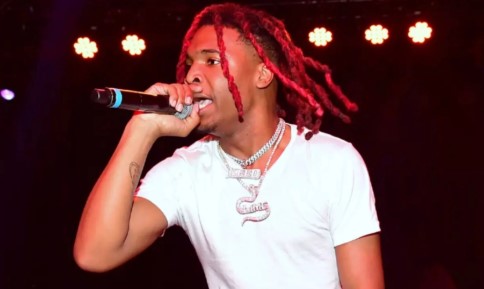 The cause of death of American rapper Lil Keed has been revealed, seven months after his death. The artist, whose real name is Raqhid Jevon Render, died on May 13 shortly after 10:00 p.m. at a hospital in Burbank, California, after complaining of stomach pains. He was only 24 years old at the time of his death.

The rapper was rushed to the hospital, where his liver and kidneys began to fail. The artist then suffered a seizure on the way to the hospital, after which he became unresponsive. After Lil Keed’s death, the rapper’s mother, Michelle Woods, noted that he had died of natural causes and that no drugs or alcohol were found in her system.

Lil Keed  Cause of Death

Keed had a three-year-old daughter, NayChur, whom he shared with his girlfriend, Quana Bandz. People cited the Los Angeles County Medical Examiner’s report, which ruled that Lil Keed died of natural causes due to eosinophilia. The Mayo Clinic defines eosinophilia as:

The singer was also said to have been admitted to a Georgia hospital last year after complaining of stomach pain. He went against medical advice and did not seek follow-up care, according to his medical examiner, noting that he frequently drank alcohol and smoked a vape.

However, his family noted that he did not use drugs or have other medical conditions. Shortly after his death, Lil Keed’s brother Lil Gotit confirmed the news on Instagram, writing: His girlfriend Quana Bandz, who was reportedly pregnant at the time, also paid tribute to the artist on social media. She wrote:

Lil Keed was an American rapper and songwriter who grew up in Atlanta, Georgia, in the same neighborhood as Young Thug. He looked up to Young Thug as a mentor and guide and was also signed to his label, YSL Records. In 2016, Keed got serious about rapping by posting songs online together with his younger brother Semaja Render, aka Lil Gotit. This was after his friend Rudy passed away.

Lil Keed released his debut studio album Long Live Mexico along with other singles in 2019. His hits include Snake, She Know, and Wavy (Remix), among others. He has also performed alongside artists such as Travis Scott, Chris Brown, Lil Uzi Verde, and Future.