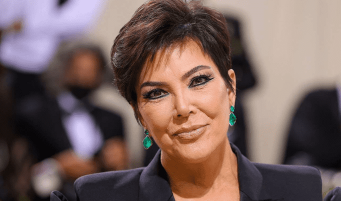 Kris Jenner‘s recent purchase of a bulletproof car has drawn attention. On an episode of ‘The Kardashians’ that aired on Thursday, October 27, Kris told Khloé Kardashian, “Hey, did I tell you I bought a bulletproof car?” According to Yahoo Entertainment, the 66-year-old revealed that her decision came from feeling “really tired” about something before Khloe, 38, joked, “Do people shoot you?”

This comes after Kris dropped a huge bombshell in court by claiming Rob Kardashian’s ex-girlfriend Blac Chyna once threatened to kill Kylie Jenner. During her testimony on Thursday, April 2, the 66-year-old mother stated that she was “alarmed” years ago when Kylie and her then-boyfriend Tyga told her about the alleged threat in a lawsuit between the Kardashian-Jenner family and Chyna.

Kris later told the jury that she never contacted police about the threats, saying, “We kept it internal to the family.” Kris added that Tyga told him on multiple occasions that Chyna allegedly tried to physically hurt him with a knife. Kris also recently suffered a health scare on season 2 of the Hulu reality series. She said: “I’m finally biting the bullet. I’m here to see the doctor because I have excruciating pain in my hip.

I had an extensive series of X-rays, an MRI and a CT scan and everything else,” adding: ” I’m really looking forward to finding out what’s going on with my hip and I hope you have some good news.” At the doctor’s appointment, Kris was told that she had lost “all the cartilage” in her right hip, which led to arthritis. “Hearing the doctor say I need a hip replacement is really scary for me.”

Kris said, “He reminds me of someone much older than I feel inside and someone who is going to have challenges for the rest of his life. This is serious.” an October episode, “It’s just a mindf-k. You realize you don’t have much more time. It’s like all of a sudden I can’t do all the stuff,” adding, “My hip pops out, my knee’s torn I have an eye infection and I can’t see. I have the TV too loud and [boyfriend] Corey [Gamble] says I can’t hear.

I feel like Humpty Dumpty.” Khloe encouraged her mom to focus on the happy side, “You also talk to yourself in a really dark place. I see it all the time. The way you talk to yourself is so fucking brutal,” adding, ” You have to drop that mentality or you always will.” be in that place.”