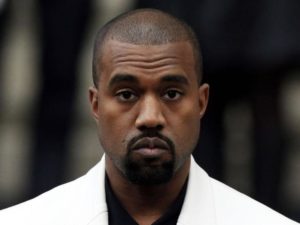 What did Kanye West promise? Rapper criticized by Los Angeles homeless shelter for his promise to help Rapper Kanye West issued a rather mysterious message on Friday, August 12, addressing “kids” and “homeless people.” However, a TMZ article claims that the LA Mission, a charity group, is angry with West for breaking his commitments to help the poor.

Although it’s unclear what West’s most recent post was trying to say, it revives conversations about his promises to help the charity and homeless people find jobs, housing and education.

West posted a photo of a sign that read:

“Consider the youth. Look at the people on the street. the main source of inspiration for any design”.

Earlier on Thanksgiving, Kanye West served 1,000 meals to the homeless population of Los Angeles. In November, according to TMZ, West met with Pastor Troy Vaughn, executive director of the Los Angeles Mission, to discuss strategies for addressing homelessness in the city.

Pastor Vaughn thanked the rapper on Twitter for “showing his compassion and charity to those in need” by distributing food on Thanksgiving.

The rapper, according to TMZ, proposed a proposal to provide food to the homeless and help them find “education, employment and housing.” His mission was to “end the cycle of homelessness and poverty by stabilizing people in a safe and spiritual environment, connecting them with solutions, and walking with them on their journey.”

Additionally, he intended to bring the Sunday Service to Skid Row in Los Angeles once again, believing it would encourage and heal the neighborhood. He held a Sunday service in 2019 at the Union Rescue Mission on Skid Row.

West spoke about the importance of following Jesus Christ and his desire to reunite his family, which includes Kim Kardashian and their children North, Saint, Chicago and Psalm, during the event to feed the poor. He observed:

“I serve as a pastor for my family. I have a house adjacent to the house so that while I am away from the house, I can be as close as possible to my children. I am doing everything possible to be present immediately.”

Kanye West also built prototypes of his YZY shelters, which offered low-cost housing for the homeless. The buildings, however, were apparently demolished because the rapper did not have the necessary building permits.

Kanye West made a commitment to solving hunger and homelessness across the country when he was running for president in 2020. He tweeted about it on social media several times. He stated:

“We will eliminate hunger. In the parking lots there are people who are sleeping… We will recover as a people. We will make sure that the safety of others is guaranteed.

The rapper went on to say:

“Someone I was talking to recently revealed that they had been homeless at some point in their lives. Hunger and homelessness must be eliminated, and we will. Our species is capable of it.

Kanye West expressed his calling to be a “leader of the free world” in a conversation with comedian and television personality Joe Rogan, which he later featured in one of his presidential election campaign videos.

“There is never a better time to appoint a visionary as captain… I consider it my destiny to lead the free world.