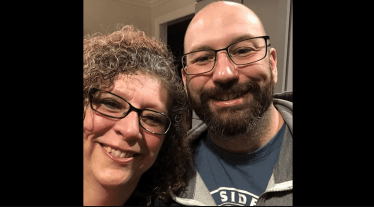 An Alabama mother has opened up about her son’s tragic suicide death after he became addicted to nitrous oxide, also known as laughing gas. Julia Charleston’s son, Robert Howland, was found dead in May after she received a disturbing call with him in March, days before she disappeared with her truck and her 9mm Glock.

Charleston revealed that days after his disappearance, she went to her home in Clyde Township, Michigan and was shocked to find the place “filled with hundreds of empty nitrous oxide tanks.” The devastated mother told Insider that Howland was living in Michigan away from his family after serving two tours in Iraq. However, she mentioned that the 34-year-old had started school and was developing a good equation with the family.

Charleston recalled that in the months before Howland disappeared and his body was discovered in his truck in the New Baltimore parking lot on May 11, he “kept getting further and further away from me.” The woman, who works in a Christian addiction recovery center, stated that “he just insisted that he was going to be fine, and even told me: ‘I can leave him whenever he wants.’ Now again, he didn’t know about the nitrous. I thought we were talking about Adderall or something else, maybe marijuana.”

But it was actually nitrous oxide, and according to the US Drug Enforcement Administration, “Inhalant abuse can damage the parts of the brain that control thought, movement, vision, and hearing. Cognitive abnormalities can range from mild impairment to severe dementia. With successive inhalations, users may lose consciousness and/or die.”
Charleston told Insider, “Rob had ordered a lot of things off of Amazon, and off of the manufacturer’s website, you can order anything you want and have it shipped right to your house. There is no age limit. Anyone can get their hands on it.” The mother has now started a Facebook group, called ‘M.A.N.O.S. [Mom Against Nitrous Oxide]’, while calling for stricter rules regarding the sale of nitrous oxide.

Added Charleston: “I think this is my next step in what I’m supposed to do, and I’m supposed to stick with this to honor Rob. I have to honor him, otherwise his death will be in vain, and I can’t let that happen.”