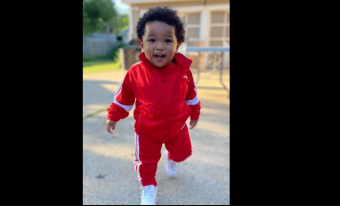 The family of Josiah Brown, a three-year-old boy who was pushed into Lake Michigan off Navy Pier on September 19, decided to donate their son’s heart to a two-year-old boy in Canada. Little Josiah died on September 25 at 10:16 a.m. at Lurie Children’s Hospital after six days of fighting.

His aunt, Victoria Moreno, was initially charged with attempted first-degree murder and aggravated assault on a child under 13. However, she recently elevated herself to first degree murder after the child’s death. Moreno threw her nephew into the lake and watched him drown in the lake.

An Instagram post from the boy’s father, Dantrell Brown, read: “Like father like son. While I’m in the hospital waiting for a heart transplant, my son’s heart goes to a 2 year old in Canada… my Jedi jojo ? you watched dad become a hero to many and i’ve witnessed you do the exact same thing.”

Also, he would say, “I love you so much, bubba. Eat all the snacks you want in heaven. I hope your stomach never gets full so you can enjoy all your favorite foods and snacks.” On Tuesday, October 4, Moreno’s attorney claimed that she did not intentionally push her nephew into the water, but rather that she was standing on the toddler when she fell.

According to Fox32News, the attorney also claimed that Moreno had been diagnosed with anxiety, depression, and bipolar disorder. However, the judge determined that Moreno is a “danger to the community” and ordered her detention without bail.

The woman had previously taken three children who lived in the family home to Navy Pier as well without permission, reports CBS News. The boy also suffered multiple heart attacks after falling into the lake. The Chicago Sun Times reported that prosecutors claimed “Moreno stole the keys to the family’s truck and ran away from the residence without anyone knowing she was gone.”

Later, another aunt did not hear the boy speak “and was alarmed.” It was then that she noticed that Moreno and the boy were gone and the truck was gone. However, Moreno is already being held without bail. At the initial hearing, Judge Susanna Ortiz described his act as “intentionally brutal and heinous.” According to the boy’s family, the father was unable to visit his son in the hospital as he was a patient at Loyola Medical Center awaiting a heart transplant. The little boy’s funeral was held on Wednesday, October 5.