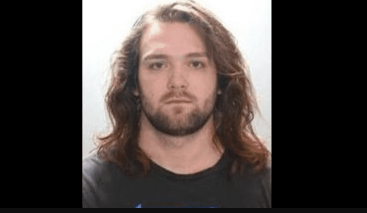 In addition, he also faces five counts of misdemeanor civil rights violations, according to the Orange County District Attorney’s Office. Authorities said Young was previously convicted of a misdemeanor hate crime in Nevada. “He was transported to the Orange County Jail last week after being convicted of a San Mateo County misdemeanor case,” the statement from the prosecutor’s office said. Some of his misogynistic actions were also posted on YouTube, The Daily Beast reported.

The criminal case against Young involves four women and a man who tried to stop one of the assaults. Two victims were discovered by Costa Mesa police to be at a local bar in a case in November 2021. A 29-year-old woman saw a 24-year-old man on the ground. A man confronted her when she stopped to help him. The suspect, identified as Young, began verbally harassing the woman, asking her to show him her genitals and have sex with her, police said.

The man ran to protect the woman when he saw Young harassing her. However, as the man approached, Young allegedly sprayed a chemical pepper spray on the man and woman. He fled before the authorities arrived. However, after a few months, police learned of another similar situation when they saw a video posted on social media of a man harassing women with sexually explicit language and then spraying them with pepper spray. Two different incidents are shown in the video. In one incident, Young can be seen harassing a woman as he followed her through a parking lot and a second incident involving multiple women sitting on a bench at the Triangle Mall in Costa Mesa.

“No one should have to live in fear of being indiscriminately targeted and then publicly humiliated online because of their gender,” Orange County District Attorney Todd Spitzer said in a statement Tuesday, Sept. 27, adding: “This behavior is disgusting and the celebration of this behavior by like-minded people is completely unacceptable. These charges send a very strong message to the entire community that we will not tolerate violence against women in any form.”

Investigators found that Young has a history of attacking or harassing women outside of clubs, bars and gyms. He would record these situations where he would normally address them before using sexually explicit language. Two victims have already described their encounters with Young during which they said he pepper-sprayed them.

Police were looking for Young and his green and white Chevrolet pickup truck. He was previously described as a transient with ties to Orange and San Diego counties and had last lived in Las Vegas. If he is convicted of all charges, Young will face 13 years in prison. His bail was set at $500,000 and his arraignment continued through October 10.