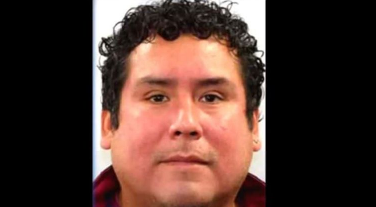 John Pastor-Medoza, 41, a Lyft driver, has been charged with 41 felonies by the Denver District Attorney’s Office for allegedly kidnapping, sexually assaulting and attempting to sexually abuse 10 women between September 16, 2018 and on July 9, 2022. Police are investigating the case and believe there may be more victims linked to the suspect. According to the Law & Crime Network, investigators claimed that when the women used a ride-sharing app to request a ride, Pastor-Mendoza responded as the driver.

The affidavit states that Pastor-Mendoza would target highly intoxicated women who would seek a ride home from bars or nightclubs. Several women reported passing out before waking up to find themselves sexually assaulted in an unfamiliar apartment or moving vehicle. According to the prosecutor, on July 21, 2022, Denver police received a DNA match from three women linking Pastor-Mendoza to the alleged victims. He was arrested on August 19, 2022. The Tracks bar provided investigators with a crucial piece of information that led to the suspect’s arrest.

A Lyft spokesperson told Law&Crime: “The behavior described is absolutely egregious and the driver has been permanently removed from the Lyft community. We have contacted law enforcement to assist with their investigation and stand ready to provide assistance.” continuous support.” ” Uber spokesman Navideh Forghani said: “Based on the information provided in the affidavit, the suspect has never used the Uber platform to drive and has never been a driver.”