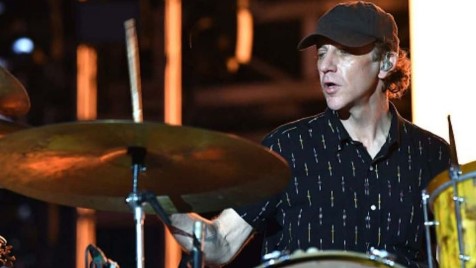 Modest Mouse drummer Jeremiah Martin Green has been diagnosed with stage four cancer. His mother, Carol Namatame, took to Facebook to break the news on Christmas Day, describing her son as “so strong and so brave” in the post. In addition to bassist Eric Judy and frontman Isaac Brock, Green is one of the co-founders of the band that was founded in 1993.

Notably, the American indie rock band announced earlier this year that ‘seven new songs’ will be released on next year Breaking the news of the cancer diagnosis on Facebook on December 25, the 45-year-old drummer’s mother shared a series of photos of Green, writing: “Please send healing vibes to my son, Jeremiah Green, who is battling stage 4 cancer. She’s so strong and so brave and she’s hanging on!”

The type of cancer he is being diagnosed with has apparently not been revealed. Veteran Seattle radio DJ Marco Collins also shared the news of Green’s cancer diagnosis on Twitter, after the drummer canceled the band’s tour. The radio personality wrote: “Just found out my friend Jeremiah Green (@modestmouseband) has pulled out of the band’s tour because he is undergoing chemotherapy for stage 4 cancer.”

Sharing that Green’s oncologist is a huge fan of the Modest Mouse band, Collins ended the post by providing his health updates, saying: “Despite having a stage 4 diagnosis, his prognosis is good! His oncologist is a great MM fan (so he has that in his corner!) Commanding!!.”

Before this, Green participated in the first dates of the Modest Mouse tour celebrating the 25th anniversary of the group’s second album, “The Lonesome Crowded West”. An active member of the band since its inception, the drummer went on a brief hiatus between 2003 and 2004 and was not a part of the band’s ‘Good News For People Who Love Bad News’ album.

Speaking about the band’s new release, Modest Mouse frontman Issac Brock said: “I have seven new songs coming out very soon. As soon as we finished with the last album, I had a thorn in my side about everyone They were like, ‘Why does it take so long to put out records?'” ”

Because I find other interests! Not all of them are good, but fuck it! I don’t want to have to answer that question anymore, so I have a record with which I am very happy”, he explained, according to the Daily Mail. Green is married to Laura Green and the couple share a six-year-old son, Wilder James Isaac.