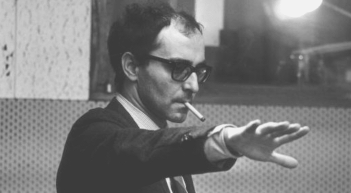 Best known for his idealistic films, his uncompromising portrayal of society and his new-age style of filmmaking, the legendary Franco-Swiss filmmaker was one of the world’s most acclaimed directors of the modern era. Godard left his mark with his first politicized films that established the conventions of French cinema in 1960 and prepared the seeds of new age cinema, jump cuts and existential dialogue.

Jean-Luc Godard Cause of Death

However, the cause of his death has not been revealed by the family.
Born in 1930, Godard grew up and went to school in Nyon, on the shores of Lake Geneva in Switzerland. His father was a doctor, while his mother was the daughter of a Swiss man who founded Banque Paribas. After finishing his studies in 1949, Godard moved to Paris, where he found his natural habitat in the intellectual “cinema clubs”. Godard soon began writing articles for new film magazines influenced by the critic André Bazin.

After writing a few articles for film magazines, Godard found the real fascination in him and took the path of cinema. He made his full-fledged directorial debut with ‘Breathless’, which was released in 1960. But before that, Godard learned the craft of filmmaking through a series of short films, such as ‘Charlotte and Véronique’, or ‘All the Children are called Patrick’ in 1957.

His directorial debut gave him a boost and he caught the attention of renowned critics at the time. Godard went on to make back-to-back seminal films throughout the 1960s, including ‘Le Petit Soldat,’ which showed the French government condoning torture and ended up being banned by the government. However, this characteristic turned out to be lucky for Godard when he met his future wife, Anna Karina, on the set of the film. It was during his four-year marriage to Karina, from 1961 to 1965, that Godard enjoyed some of his most memorable film collaborations, including ‘Vivre sa vie’ (1962), ‘Bande à part’ (1964) and ‘Pierrot le Fou’. ‘ (1965).

After the breakdown of his first marriage, Godard met Anne Wiazemsky, who also starred in some of his films. During her marriage from 1967 to 1979, the director starred her in some of her films, including ‘La Chinoise’ (1967) and ‘One Plus One’ (1968). But, unfortunately, even this director’s marriage did not last long. Godard then met Swiss filmmaker Anne-Marie Miéville in 1970 and the two became collaborators before beginning a romantic relationship that continued until her death.

As the ’70s progressed, the director began to lose his intellectual craft of making movies and began to go with the flow. His work slowly began to lose its impact on the mindset of the audience. But Godard recovered his strident political stance and made his comeback with a 2001 feature film called “In Praise of Love,” which was selected for the Cannes film festival. His 2014 film ‘Goodbye to Language’ saw him collect the Jury Prize at Cannes, and 2018’s ‘Image Book’ received a ‘Special Palme d’Or’ at the prestigious film festival.

Read Also: Who was Caleb Hopkins? Wiki, Biography, Age, Family, Cause of Death