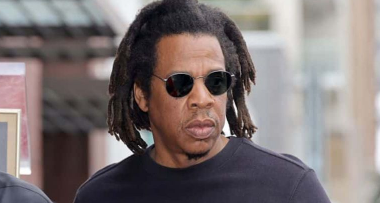 Rapper Jay-Z recently filed a lawsuit against his partners at Bacardi to find out how much money his well-known cognac label is really making. According to documents acquired by TMZ, SC Liquor, Jay’s business, is asking Bacardi for full financial transparency over D’Usse, the premium cognac company in which Jay and Bacardi share 50% ownership.

Since 2011, Jay and the alcohol giant have shared ownership of D’Usse. He frequently mentions the company in his lyrics, and once even drank it from a Grammy to publicize it. The complaint, however, makes it clear that something is not right with the company (formally known as D’Usse LLC).

According to the documents, Jay’s business requires access to all books and records as well as the whereabouts of all warehouses that house D’Usse Barrels, Bottles and Accessories along with all information related to physical inventory and inventory methodology. from Bacardi. In the documents, SC Liquor states that it must “supervise the conduct of [Bacardi’s] business to defend SC’s rights as” a partner in the firm.

He played a key role in arranging for the team’s relocation from New Jersey to Brooklyn, working closely with Mikhail Prokhorov, the team’s then-majority owner. Following the establishment of Roc Nation Sports in 2013, Jay-Z entered the sports management industry and was forced to relinquish his ownership position in the NBA franchise in accordance with the league’s conflict of interest rules. .

Jay-Z’s estimated net worth is $1.3 billion, according to Marca. He became a billionaire in 2019 due to his outstanding ability to invest and generate cash for his company. The amount of investment capital raised by his venture capital business, Marcy Venture Partners, in that year exceeded $85 million and growing.

Jay and his wife Beyonce Knowles have nearly $150 million in real estate combined, and even have their own island in the Bahamas. Public documents indicate a $52 million mortgage was taken out to purchase his $88 million, 30,000-square-foot Bel Air property in 2017.