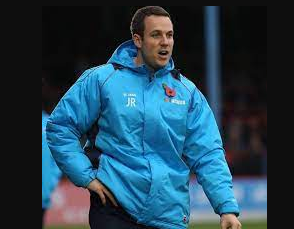 James Rowe, 39, of Blind Lane, Breaston appeared in Chesterfield Magistrates Court today (Monday 7th November) charged with sexual assault of a woman. The former Chesterfield and AFC Fylde manager has pleaded not guilty to the offence. Rowe was charged with the offense on 28 September 2022, having been suspended by Chesterfield FC in January 2022, before leaving the club by “mutual consent” in February 2022.

Prosecutor Fiona McClelland said: “It is the Crown’s contention that this case is not suitable for summary trial. The accused is the former manager of Chesterfield Football Club and has been charged with sexually assaulting a woman.” It was during an encounter on November 24 that the prosecution claimed that Rowe had committed the sexual assault.

Peter Eguae, representing Rowe, said that he was a “previous man of good character” and that there was no behavior that suggested the need for specific bail conditions.

District Judge Andrew Davison granted Rowe an unconditional bail before a further hearing at Derby Crown Court on December 5, where she will be asked to enter a guilty plea on his behalf.