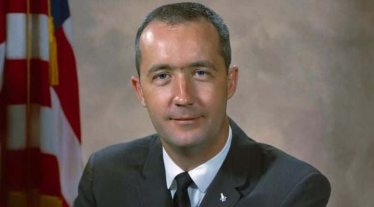 Former NASA astronaut James McDivitt, who oversaw the Gemini IV and Apollo 9 missions, passed away peacefully in his sleep last week in Tucson, Arizona, according to a statement issued by NASA on Oct. 17. He was 93 years old. According to NASA, McDivitt passed away on October 13 surrounded by his family and friends. McDivitt, who was chosen to be a member of NASA’s second class of astronauts in 1962 (called the ‘New Nine’), made significant contributions to the Apollo 9 mission, ultimately helping the Apollo 11 mission carry the first humans to the moon His work on Gemini IV also contributed to nearly doubling astronauts’ time in space at that point in space history.

In McDivitt’s first mission as commander, Ed White, an American astronaut, made history on the Gemini IV mission in 1965 by exiting the spacecraft in what would later become known as a spacewalk. His photos of White taken during the spacewalk have become famous. After the Apollo 11 landing, he turned down the opportunity to land on the moon and worked as the space agency’s program manager for five more Apollo missions.

James McDivitt Cause of Death

“In the years that followed, it was a skill that enabled Apollo explorers to walk on the Moon and American astronauts and their partners around the world to build the International Space Station,” NASA wrote in the statement. The lightweight lunar lander, known as Spider, was first tested in orbit on McDivitt’s flight alongside Apollo 9 crew members Rusty Schweickart and David Scott.

They wanted to test if humans could live there, if it could dock with other spacecraft in orbit, and, most importantly during the Apollo 13 crisis, if the Lunar Module’s engines could operate a stack of spacecraft that included the Gumdrop Command Module. . The former astronaut was born in Chicago and completed his high school education in Kalamazoo, Micigan.

In 1959, he graduated first in his class from the University of Michigan with a bachelor’s degree in aeronautical engineering. His alma mater expressed sorrow at his passing, noting that his contributions to the school “have inspired generations of students.” In 1951, McDivitt enlisted in the United States Air Force. He flew 145 combat missions during the Korean War.

For his service in the military, he received several awards, including two Air Force Distinguished Service Medals. In 1972, McDivitt left the Air Force and NASA to take various positions in the private sector, including chief of the rail car division of Pullman Inc. and a senior position with the aerospace company Rockwell International.