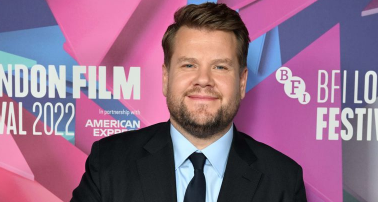 From making fun of BTS at the UN assembly to lashing out at the waiters at Balthazar restaurant in New York, James Corden has always generated controversy with his behavior. Keith McNally, the owner of New York’s Balthazar restaurant, recently called him the “most abusive customer.” The incidents involving Corden, his wife and Balthazar staff were recounted by McNally in a social media post. “James Corden is a hugely gifted comedian, but a little jerk of a man,” McNally, 71, wrote on Instagram.

The restaurant owner described a case in which Corden, after finishing his dinner, discovered a hair in his food and demanded complimentary drinks while threatening to write a negative review of the French bistro. In another incident, McNally claimed the actor yelled at a waiter because his wife Julia Carey’s eggs weren’t cooked to his preference at breakfast. The British comedian has hosted numerous award shows, appeared in movies, and interacted with celebrities.

His programs also helped him gain many famous friends. He is quite popular with BTS and Justin Bieber. Corden and Styles have been close friends. ever since the “As It Was” singer first appeared on ‘Late Late Show’ in 2015 when he was still in One Direction. He also went skydiving with Tom Cruise in early July when the ‘Top Gun’ sequel made its way onto movie screens. It was a stunt, but it also showed the close connection the two share.

The man earned an OBE, won 11 Emmys, and is literally friends with everyone from David Beckham to Michelle Obama. Corden has also befriended the Duke of Sussex, Prince Harry, and his wife, actress Meghan Markle. In one of his TV segments, Harry was seen rapping to the Fresh Prince Of Bel-Air theme tune, and Corden FaceTimed Meghan and cursed as they drove him around Los Angeles, drinking cups of tea. However, with the current restaurant drama, many old and rather unpleasant stories about the show’s host are resurfacing online.

Let’s review some of the most egregious and talked about incidents from Corden’s past that have highlighted his diva behavior. The man earned an OBE, won 11 Emmys, and is literally friends with everyone from David Beckham to Michelle Obama. Corden has also befriended the Duke of Sussex, Prince Harry, and his wife, actress Meghan Markle. In one of his TV segments, Harry was seen rapping to the Fresh Prince Of Bel-Air theme tune, and Corden FaceTimed Meghan and cursed as they drove him around Los Angeles, drinking cups of tea.

However, with the current restaurant drama, many old and rather unpleasant stories about the show’s host are resurfacing online. Let’s review some of the most egregious and talked about incidents from Corden’s past that have highlighted his diva demeanor. Los Angeles busboy incident Try Guys member Keith Habersberger’s wife, Becky Habersberger, allegedly once saw Corden yell at a Los Angeles busboy, reports Page Six.

A day after the talk show host received criticism for abusing Balthazar’s servers, the makeup artist posted a video on TikTok describing the alleged act. In the TikTok video, Becky was heard saying, “I heard [a] busboy tell James Corden that Little Dom’s is closed right now,” the 32-year-old recalled, noting that she was “walking down the street going to happy hour. ”When she witnessed the alleged tirade.

“They close in the middle of the day between lunch and dinner,” the influencer said of the popular Italian restaurant in Los Feliz, California. [The busboy] tells James Corden that he can get her a reservation right when they open,” Becky added. “He was trying to be really accommodating.” She claimed the 44-year-old “Late Late Show With James Corden” host “yells at this guy on the bus, ‘He’s doing me a lot of good, man, he’s doing me a lot of good.'”

The social media post came shortly after Balthazar owner Keith McNally described Corden as the “most abusive” customer he had ever seen and banned him from the famed New York City restaurant. . After allegedly apologizing “profusely”, Corden was unbanned by McNally. However, Becky went on to say in her TikTok video that she doesn’t think Corden really apologizes. “If he was really sorry, he would have apologized to the waiter and not the owner of the restaurant,” she said.

The host of the “Try Wives” podcast also stated in the video that “servers never forget” their obnoxious celebrity guests. “I was a waitress at a super bougie hotel rooftop restaurant in Beverly Hills,” he explained. “Some [stars] were amazing, some were trash and I remember to this day who the trash bags are. I’m not surprised all this James Corden information is coming out because if you’re rude to one server, you’re absolutely rude to a lot of servers,” she opined. “That’s not an isolated thing, ‘I was having a bad day.'”

The British comedian mocked BTS’s participation in the UN General Assembly on September 20, 2021, on the broadcast of ‘The Late Late Show With James Corden’, while describing the group’s fanbase as “girls 15 years old”. Corden called them “rather unusual visitors” to the UN. Now, BTS ARMY is known to be extremely protective of the seven boys: RM, SUGA, Kim Taehyung, Jimin, Jin, Jungkook, and J-Hope.

“The United Nations General Assembly kicked off this morning in New York City and it kicked off with some pretty unusual visitors: BTS was there. BTS visited the UN. Although many people say why BTS is there, world leaders have no choice but to take BTS seriously. BTS has one of the biggest ARMYs on planet earth,” Corden said. “Historic moment. In fact, it is the first time that 15-year-old girls everywhere find themselves wishing they were Secretary-General António Guterres,” he added.

His comments did not fare well on social media as he faced backlash to his gender and age stereotypes. The show’s Twitter page also removed the clip of Corden making fun of the South Korean boy band after BTS fans flooded the feed with constant responses. “Calling BTS an ‘unusual guest’ is so disrespectful. Was this your THIRD time speaking at the UN?!? Best of James Corden. You don’t deserve BTS and Army. No more papa mochi!!” a social media user had commented.

After Corden initially rose to fame, actor Rob Brydon once had to sit down with him and talk to him about his rude behavior. ‘Gavin & Stacey,’ which he co-created and starred in with Ruth Jones in 2007, helped establish Corden as a family superstar. He later took over as host of the American chat show ‘The Late Late Show’ and appeared in movies like ‘Cats’ (2019), ‘The Prom’ (2020), and ‘Cinderella’ (2021). But just when he was on the brink of success, his ‘Gavin & Stacey’ co-star Brydon had to have a serious talk with him.

After the candid conversation, the comedian reflected that Corden had begun to act “irritated and irritable” and felt the need to help him before it was too late. “I’ve known him for a while — we met on a big comedy-drama called Cruise of the Gods around 2002,” Brydon told The Independent in 2019. “He made a big impression on me, even though he was very young, very green: very provincial is how I would describe him, not unlike me at that age.

He’s a great talent, James, my God, he really is. So I was on a roller coaster.” Brydon emphasized that while Corden was “enjoying the fruits of his success,” “he lost his way for a moment.” “He was burning the candle at both ends and he was getting cranky. He was in a washing machine getting beat up. I pitied him. And the press here hoped and prayed he would fall flat on his face, because that would be a fantastic story.

Participating celebrities on the show have the option of either answering a question or choosing between or eating a plate of traditional Asian foods that are sometimes referred to as “disgusting” or “disgusting.” Kim Saira, a 24-year-old TikTok user, created the following petition on Change.org: Delete the Spill Your Guts segment on The Late Late Show with James Corden. There’s a difference between “cancel” and “responsibility culture,” Kim said on TikTok after the petition gained traction, insisting that she wanted Corden to be held accountable rather than “cancel” him. let’s hold him accountable.

Many of the items featured are traditional Asian delicacies, but the show described them as “disgusting” and Corden has been known to criticize them, the DailyMail reports. The petition stated: “The foods presented must be ‘gross’ as they are supposed to encourage the guest to answer your questions. However, many of the foods you present to your guests are actually from different Asian cultures.” .”

After facing backlash for portraying Asian delicacies as “disgusting” and “disgusting,” Corden was forced to remove all culturally sensitive dishes from his show’s segment.Brydon made the decision to take his co-star out to lunch and correct him out of fear that he would end up damaging his reputation. “I was sitting there thinking, ‘When am I going to bring this up?’ And I just said, ‘I don’t like hearing people say this, because that’s not the person I know. So you have to be careful.’ And he took it. in the spirit that was intended.

Furthermore, Corden has acknowledged that Brydon was the one who brought him out of his depression all those years ago. Corden admitted to being “spoiled and bratty” and on a 2012 episode of ‘Desert Island Discs,’ he told host Kirsty Young about meeting Brydon. “Rob invited me to lunch and said, ‘What are you doing hanging out all the time being photographed with all these people? This is not the you I know. But he is you that I have to defend before the people,” Corden said.

Spill Your Guts segment controversy On ‘The Late Late Show with James Corden’, the spill your guts segment became the center of attention with the participation of mega stars like Kendall Jenner, Kim Kardashian, Justin Bieber, among others. However, it was criticized for “encouraging anti-Asian bigotry,” and Corden was also in the midst of this storm.