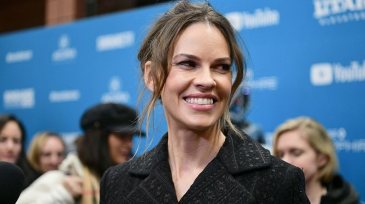 American actress and film producer Hilary Swank has confirmed that she is pregnant with twins with her businessman husband, Philip Schneider. The actress broke the news on a recent episode of Good Morning America, adding that it’s something she’s wanted for a long time. Her first children will be twins, and Hilary, 48, and Philip, 45, are excited to welcome them into the world.

The actress told GMA, “I’m so excited about this pregnancy. This is something I’ve been looking forward to for a long time and the next thing I’m going to do is be a mom.” She added: “And not just one, but two. I can’t believe it. It’s so nice to be able to talk about it and share it.”

Following that, the ‘Million Dollar Baby’ star appeared on ‘Live with Kelly and Ryan’, where she continued the conversation about her health after entering the second trimester of her pregnancy. “I feel really good right now, even with the weather, you know, I’m on Pacific time, so I’m a little cross-eyed about it. But I feel good right now,” she gushed.

Hilary will next be seen in the upcoming episode of the ABC drama ‘Alaska Daily,’ where she plays the role of a disgraced investigative reporter from New York who moves to Alaska to work for a newspaper. The TV personality also revealed that her co-stars and ‘Alaska Daily’ staff members were unaware of her pregnancy.

An effusive Hilary further added, “It’s a blessing. It’s a total miracle. It’s unbelievable,” expressing her excitement at entering a new era. “What happened is nothing short of a miracle. It defies belief.” The lead actress of ‘PS I Love You’ said that the twins run in both her family tree and her husband’s.

Hilary and Philip Schneider married in 2018 after first meeting in 2016. In an interview with Vogue, the actress spoke about her wedding, saying “it was timeless. There’s just no other way to describe it.” She said: “I was overwhelmed with so much gratitude and thank you for marrying the man of my dreams and seeing all the people we love together in the midst of such profound surroundings. It was truly a dream come true.”