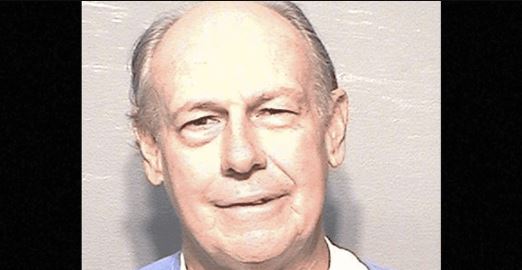 The infamous 1976 ransom kidnapping of 26 schoolchildren and their bus driver still sends a chill down the spine. In 1976, brothers Richard and James Schoenfeld and Frederick Newhall Woods hijacked a school bus full of California children for a $5 million ransom attempt. Woods, the last of three men convicted of kidnapping, is now paroled at the age of 70. The crime was reportedly inspired by the Clint Eastwood movie ‘Dirty Harry’ in which a serial killer executes the same crime, basically laying the groundwork for these three. criminals

Woods, who was involved in ‘The largest mass kidnapping in the history of the United States’, as one of the prosecutors considered it at the time, was released by the state parole board. California Governor Gavin Newsom even asked the board to reconsider this decision, but he received no pressure. As for his accomplices, Richard Schoenfeld was paroled and released from prison in June 2012, and his older brother, James, was released from prison three years later. On Wednesday, officials with the California Department of Corrections and Rehabilitation said Frederick Woods was granted parole. Prosecutors considered Woods the intellectual author of this kidnapping that left more than two dozen children traumatized.

On July 15, 1976, these convicts from wealthy families in the San Francisco Bay Area kidnapped 26 children from Dairyland Elementary School and the bus driver near Chowchilla. Larry Park, who was only 7 years old at the time of the kidnapping, told ABC30 that he was still traumatized by the kidnapping. He said, “Hardly a day goes by that I don’t think about that incident.” He further explained that this incident left him with schizophrenia and addiction. However, he has chosen to forgive the guilty. He continued: “It is possible to forgive and it is possible to find peace.”

Even though Woods is on parole at the age of 70, Madera County District Attorney Sally Moreno apparently fought to keep him behind bars. Moreno said: “Has he shown that he has been rehabilitated? And he hasn’t. As recently as 2019, he was disciplined for running businesses out of jail or prison. The kidnapping was all about money. When he was arrested, he was busy.” . her selling the film rights to a Hollywood agent. He has always cared about money. And these kids got between him and the money and everything he had to do to get the money that he would have made those kids, including burying them. live.”

Despite regular attempts to keep Woods in prison, the decision to let him out was final. His parole was reviewed this week and he will soon be released from the California Men’s Colony in San Luis Obispo. During his parole hearing in March, Woods accepted that he needed money to be accepted by his parents and that he was “immature and selfish at the time,” according to the Daily Mail. He said, “He didn’t need the money. He wanted the money.” Dominique Banos, his attorney, said Wednesday that the parole board recognized “a change in character for the better” and that Woods “remains low risk, and once released from prison he poses no danger or threat to the community.”