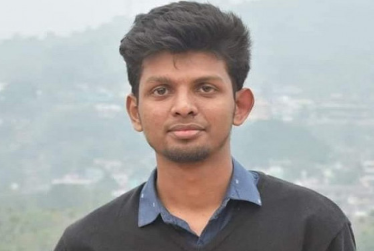 The body of Parash, 24, the son of Kazi Nuruddin Rana from the Qutubpur area of ??Fatullah of Narayanganj, was pulled from the river three days after he disappeared. Police sent his body to Narayanganj General Hospital for autopsy on Tuesday. Speaking to The Business Standard, Sheikh Farhad Hossain, the hospital doctor who carried out the autopsy, said: “We have found marks of head injuries.” and body of the deceased.

With the initial findings, we are suspecting that the victim was murdered.” Parash’s first namaz-e-janaza was held at the Buet premises on Tuesday afternoon and the second at the premises of the Shamsul Hoque Khan College and University. “Did we raise children to see such a pathetic end? Does the government see nothing?” Parash’s mother, Farhana Yasmin, wailed while she was present at the first janaza ground.

“Because of the culture of impunity, I lost my son. Otherwise, no one would have dared to lay a hand on any of the Buet students after Abrar Fahad’s death.” Parash’s father, Kazi Noor Uddin, said: “I will never get my son back. The only demand is to find the killers and bring them to justice. I seek the prime minister’s intervention.”

He said that he has no idea who killed his son. “Neither I nor my son have hurt anyone.” Parash was a third-year civil engineering student. On November 4 he left home and did not return. He was also incommunicado. Later, his father filed a general diary at the Rampura police station about it. On Monday afternoon, the body was seen floating in the river just behind a cotton factory in Siddhirganj.

Given the information, the police went to the scene and recovered the body. When contacted, Rampura Police Station Officer-in-Charge Kazi Rafiqul Islam told TBS: “We have questioned several people. In the meantime, we questioned his girlfriend who was dropped off in front of the Rampura police booth. Rampura transit on the night of November 4. We are not even keeping it beyond doubt”.

Noting that important information has been found, he added, “We are working to find the real reason behind this incident. After investigating all the issues, it will be understood whether it was a planned murder or there was some other incident behind it.” ” Fardin Noor Parash was buried at Delpara Central Cemetery in Narayanganj.