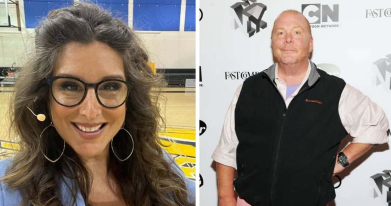 A woman who accused renowned chef Mario Batali of sexually assaulting her while she was unconscious has been publicly identified for the first time. Eva DeVirgilis, 43, has detailed the allegedly traumatic incident that took place in 2005. DeVirgilis recalled how she was once invited to an intimate dinner with Batali, who was her boss at the time. They met at the since-closed Spotted Pig gastropub in 2005.

DeVirgilis allegedly awoke to find himself on the floor of the restaurant’s private dining room. She recalled the alleged assault in a new documentary called “Batali: The Fall of a Superstar Chef,” The New York Times reported. It is scheduled to be released on Discovery+.

A month ago, the chef settled two lawsuits in Boston with two women who claimed Batali groped them in public in 2017. The New York Police Department investigated three possible assaults, but no charges have been filed against the former ‘The Chew’ co-host. ‘. Batali and his former business partner Joe Bastianich agreed to pay a $600,000 settlement to more than 20 employees who said they were sexually harassed at their restaurants. In 2019, Bastianich divested Batali of ownership of the B&B Hospitality restaurant empire.

In the documentary, DeVirgilis shared the hospital report from the day after Batali’s alleged sexual assault. The report showed bruised ribs and multiple abrasions. DeVirgilis, who was 26 at the time, further claimed that she may have been high on drugs at the time of the assault. DeVirgilis, who was an aspiring actor at the time, was working at Babbo full-time for a year when the alleged assault occurred. The incident occurred at a restaurant where she managed reservations during the day. In the evenings, on the other hand, she was apparently the hostess. “I was so naive,” she told NYT. “I knew better than to walk through Central Park at night or be alone on a staircase. I didn’t know I should be afraid of my famous millionaire boss in a public place.”

DeVirgilis said she was excited to be invited to Spotted Pig, where Batali and others often met after hours in the private room. “I thought I’d have a drink or two with the group, get on the subway and go home,” she said. However, on the day of the alleged assault, she saw that Batali was alone in the room, waiting with a limousine and a bottle of Prosecco. “He was married. He was my boss,” she said. “He was not at all what I thought he was going to be.”

DeVirgilis recalled that the chef refilled her wine glass and she felt drunk. She told Batali that she wanted to finish the night because she had work the next morning, but Batali allegedly told her to forget about work. The next thing she remembered was waking up on a wooden floor in the restaurant. She found scratches on her body and what appeared to be semen on her clothing. She said that she remembered Batali aggressively kissing her and she vomited. “In hindsight, that was the scariest moment,” she said, adding that Batali had simply left her on the restaurant floor without waiting for her to sober up.

DeVirgilis finally woke up and went home. When she went to work the next morning and Batali called, she asked him what had happened the night before. Batali “laconically” told him to move him to the kitchen. DeVirgilis reportedly called a rape crisis hotline and met with a counselor at Mount Sinai Hospital. There, they gave her a rape kit and doses of oral contraceptives and AZT antibiotics, a hospital “The patient reports that she is not sure whether to comply with the police report because her boss is a powerful person who can put her on the industry blacklist ”, the hospital report said.

Read Also: Who was Debbie Collier? Wiki, Biography, Age, Family, Cause of Death