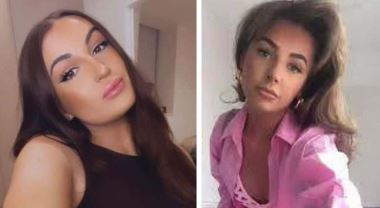 Two female officers are accused of having a relationship with the same inmate, a court has heard. Nurse Elyse Hibbs and Custodial Officer Ruth Shmylo, both 25, have been charged with misconduct after alleged “inappropriate relationships” while working at the jail. The women are accused of involvement with the inmate at the category B Parc prison in Bridgend. The man has not been named in court charges.

Shmylo’s alleged five-month relationship is said to have taken place between December and April 2021. Hibbs allegedly got involved with the same man between May and July, according to the Daily Mail. Registered nurse Hibbs is accused of misconduct while working at two prisons, the 1,652-capacity HMP Parc and HMP Manchester known as Strangeways, 210 miles away. The accused appeared before magistrates in Cardiff recently. They will then appear before a judge at Cardiff Crown Court in September.

None of the defendants have yet entered a guilty plea to the common law charges. Hibbs, from Newbridge, Gwent, and Shmylo, from Pontypridd, will next appear in court for a plea preparation hearing and trial, according to the report. MEAWW previously reported a similar type of incident in Iowa, where a former county jail worker was arrested for engaging in sexual activity with an inmate in August 2022. The 27-year-old faced charges of sexual misconduct with an offender. identified, 29 years old. , while working in the Tama County Jail. Kayla Bergom was accused of sexual activity with an inmate in a utility closet and in the jail recreation yard area on multiple occasions. According to court documents, the two engaged in such acts for more than seven months between September 2020 and April 2021.

Bergom faced three counts of sexual misconduct. According to the nonprofit think tank Interrogating Justice, “Federal law makes it illegal for prison guards to have sex with incarcerated people. This is because incarcerated people cannot legally consent. If a guard prisoner has sexual relations with an incarcerated person, the guard can face up to 15 years in prison.