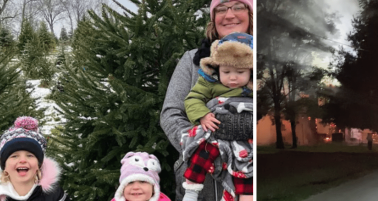 A fifth victim was also discovered and is believed to be the father of the 3 children. However, Libonati refused to reveal his name until forensic results confirm his identity. State police are investigating the case and have not yet confirmed the cause of the fire.

According to a report in People, Libonati stated that the team identified the four victims with medical, dental and X-ray records. Emergency services recovered one of the children, who was initially reported missing, after digging through the rubble. . Meanwhile, the State Fire Marshal has not been able to confirm what caused the fire.

A GoFundMe page has been set up for funeral expenses for Elizabeth and her children. The campaign note read: “Liz Seltzer was an amazing human being who loved with all her heart and didn’t think to stop everything she was doing to help her family when they needed her, even when they didn’t know they needed her.”

He further added: “On Thursday night, she and her three beautiful children, Paisley, Ainsley and Jordan, were taken from us in a horrible house fire. We need help to cover the cost of all four funerals and would love to be able to get the headstone for them as well. Any help that can be given would be greatly appreciated by the whole family.” The campaign that targeted $36,000 has now reached a goal of $37,600.

Meanwhile, campaign organizer Rebekah Liese, Elizabeth’s sister, added to the Wednesday 21 September note: “Ijust want to reach out and thank you all again from the bottom of my heart, we were trying to raise enough money.” to cover the cost of the 4 stones, the materials to build a memorial and to have the celebration of life to honor these 4 wonderful people.

She then said, “After meeting with the funeral home yesterday and speaking with the place where we will be getting the stones, we have everything we need and I am beyond grateful for all of you, and all that you have done for our family.”

The response concluded: “Tears are flowing because I just can’t adequately express how grateful we truly are. Thank you all again for being who you are, and for giving as you did, and for how you have helped my family with what has been more difficult than I could ever imagine.