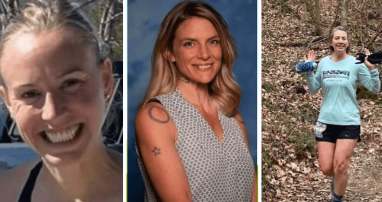 Eliza Fletcher, the billionaire heiress and kindergarten teacher was kidnapped on Friday September in Memphis while out for a morning run at 4:30 am. A series of searches over the weekend led authorities to find Fletcher’s body on Monday, September 5. To commemorate Fletcher, a group of women in Memphis is organizing a morning run to commemorate the week since she disappeared on Friday, September 9 at 4:20 am. Meanwhile, more than 1,400 people have signed up to run through the streets of Memphis. This will mark a week since Eliza Fletcher was kidnapped and killed on her morning run as she completed her usual route.

The Facebook event page for the race read: “We created this race as a way to honor Liza and deal with our own feelings. This race is 8.2 miles on a path that she would regularly run. We will start near Central and Belvedere and we’ll go through Central to Zach Curlin St and back to Belvedere.” The note further added, “Our goal is to stand up for women in the Mid-South and emphasize that women should be able to run safely at any time of day. Our run is not family approved and is not a fundraiser.” According to the Facebook page, more than 1,900 people have already declared that they will participate in the race, while 2,800 people are interested in participating in the event.

According to DailyMail, Danielle Heineman, one of the organizers, said: “I think it’s important that we stand up, that women in this community stand up for ourselves, we all feel like we can’t run alone and we shouldn’t feel that way.” Additionally, she said some of the reactions to Fletcher’s death upset her. She said, “‘Why isn’t she running on a treadmill?’ ‘Why isn’t she running after work?’ ‘Women can’t do that.'” She further added, “We have jobs, we have families to care for, and we have other commitments. However, we also have the right to be runners.” The event is organized by Danielle Heineman and Charles Hayden.

The organizers have specifically stated on the page: “Our race is not family sanctioned and is not a fundraiser. We do not accept any donations nor should you donate to anyone on the morning of the race. Water stops are provided at all three locations on the 8.2 mile course. Additionally, she asked runners to come in brightly colored clothing and avoid coming to the event alone. The team has requested to avoid bringing dogs, strollers and bikes for the race. “While the media may be present, we kindly request that participants not speak to the media out of respect for the family,” the note read.