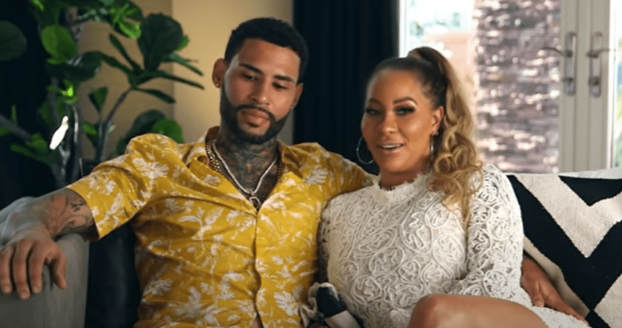 In case you haven‘t heard, his marriage has collapsed, and the former ‘Love & Hip Hop: Hollywood’ cast member has taken to social media with new claims and complaints almost every day. De’Von has been accused of cheating, hitting Hazel and abusing her son, and now she claims she put cleaning solution in her water bottle after taking out a life insurance policy. Hazel-E stated on her Instagram story: ”

I woke up trying to process incidents that made me go hmmmm…a few months ago my ex replaced my water with bleach and ammonia in the water bottle I was drinking from. He said he was making a concoction for the air diffuser and forgot to tell me not to drink it. Have you ever had bleach? It hurts so bad!”

De’Von also responded to claims shared by The Shade Room on Instagram: “Now I poisoned you good one more time why didn’t you call the police for nothing? I NEVER put my hands on you or my daughter or tried to poison.” . you’re just an airhead.

I can’t control the stupid things you do shawty You’re dead *s a JOKE ‘Cause we have a million dollar life insurance on my daughter you have NO PROOF It would hurt you Growing up you’re about to be 43 ADULT find yourself one life”.

De’Von Waller, Hazel-E’s estranged husband, took to social media to counter all charges after she accused him of trying to poison her. De’Von reacted to Hazel-E’s accusations that she contaminated her water bottle with bleach and ammonia.