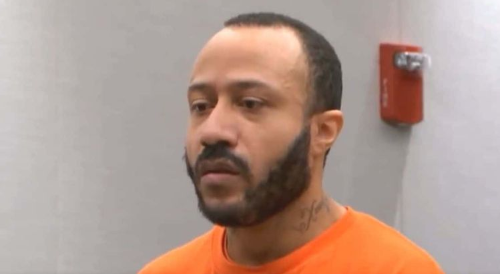 On November 16, Waukesha County Circuit Judge Jennifer Dorow handed down a final sentence for Darrell Brooks Jr, 40, on 76 charges, including six counts of first-degree intentional homicide and 61 counts of reckless endangerment. On November 21, 2021, he rammed his Ford SUV into the Milwaukee Christmas parade after having fought with his girlfriend, killing six people and injuring 62 others.

Brooks who is currently incarcerated in Waukesha County Jail serving a sentence without the possibility of parole, has requested some nice cash for a November 18 interview. “The only thing I can say is, if you want to interview, you’re going to have to pay…” Brooks, reportedly spoke in a third person’s voice from his cell in the Waukesha County jail during a video “televisit,” reported the New York Post.

As per the report, Brooks hid himself from the iPad’s camera as the interview began. The camera cut away from Brooks to show a man in a nearby cell who glared and squinted to see the reporter, “Nobody’s going to talk to you, clout chaser!” the male shouted before falling silent for the next 15 minutes.

Brooks suddenly spoke up, but in the third person, posing as a “family friend,” declaring, “If you wanna talk to Mr. Brooks… you’re going to have to send a cheque to Mr. Brooks,” according to the report. He continued, “I would have to ask him [how much], but I’m sure it’s going to be a pretty penny.

I don’t think that’s fair to him to give free interviews and he’s not getting compensated for it.” “The only thing I can say is, if you want to interview, you’re going to have to pay. You have a great day. God bless you,” he said, and then again remained silent for the next 25 minutes of the video call.

Lt Pierre Burgess, a Waukesha County Jail Division official who reviewed the video, confirmed to the outlet that Brooks was alone in the cell during the call. Monday, November 21 marks the one-year anniversary of the massacre. The trial, which almost lasted a year, witnessed high drama on Tuesday and Wednesday when impact statements were read.

Following Brooks’ two-hour rant, in which he claimed it was not an attack and that he suffered from mental illness. At one instance, he cried and apologized, saying, “I want you to know that not only am I sorry for what happened, I am sorry that you cannot see what is truly in my heart and the remorse in my heart.”

He also had heated arguments with Judge Dorrow and had to be removed to a separate courtroom at least twice. Brooks also had an outstanding warrant for a statutory sex offence in Nevada, which had been issued in 2016, and was convicted of felony statutory sexual seduction in November 2006, after impregnating a 15-year-old girl.

He was arrested three weeks before the Waukesha incident for hitting his ex-girlfriend and ramming her with the same vehicle during a domestic dispute at a Milwaukee gas station, as per National One.