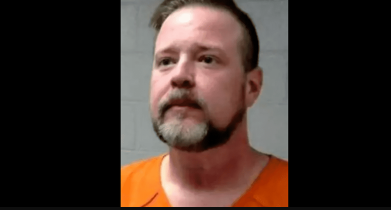 Bryan Denny, a former criminal justice instructor at an eastern Oklahoma university, was arrested after drugs and a human jawbone were found inside his apartment on campus. The human jawbone and drugs were found in his apartment during a routine security inspection of all residential and student apartments on the Eastern Oklahoma State College campus, according to authorities.

According to a report by STW News Press, Denny was charged with various crimes, including possession of a controlled dangerous substance including intent to distribute, unlawful removal of a dead body, possession of a firearm while committing a felony, and the possession of marijuana. However, he was released from the Latimer County Jail after posting $20,000 bond.

According to the New York Post, the affidavit indicates that university employees knocked on Denny’s apartment door several times before entering his apartment. Furthermore, he revealed that he began to “display a nervous demeanor” after being told about the routine inspection. He then went into the living room and grabbed a box and a “marijuana rolling tray” and placed the items in a bathroom drawer.

Officers from EOSC, Wilburton, and the Choctaw Nation then conducted a search of Denny’s residence. Officers also found a “black hard plastic carrying case” on the top shelf of the laundry closet that contained “what appeared to be a human jawbone with five decayed teeth.” Meanwhile, the 44-year-old professor refused to speak to investigators without a lawyer present when asked about the “artifact”.

No other items were found at his residence, but officers recovered three firearms from his home. A preliminary hearing conference is scheduled for 9 a.m. on October 19, 2022 at the Choctaw Nation Courthouse in Talihina. An EOSC representative told The McAlester News-Capital that Denny no longer works as a criminal justice instructor.

Denny has so far denied the claim, and Wagner & Lynch, a law firm representing him, released a press release saying, “Mr. Denny is the target of a campaign of retaliation by former friends and members of the police and absolutely denies the accusations against him. . The Choctaw Nation has decided to join this campaign to destroy the reputation of a good man by bringing charges they know to be unprovable.”

The law firm also claimed that he was a tenured professor at Eastern Oklahoma State College, principal of the CLEET Academy for 13 years and a police officer for 17 years. The statement further stated: “This is especially true of human remains. Mr. Denny was given an artifact that rested alongside another artifact, an arrowhead, which had been passed to him by a family member. . These artifacts were kept in storage and not left on display by Mr. Denny.”

The statement further stated: “The charge is for the sole purpose of sensationalizing Mr. Denny’s arrest, embarrassing and embarrassing him into pleading guilty to a lesser charge or soft dealing when he is guilty of nothing. We look forward to our chance in court.” , and I hope the media reports Mr. Denny’s exoneration with the same fervor with which they report these wildly sensationalized and false charges.”