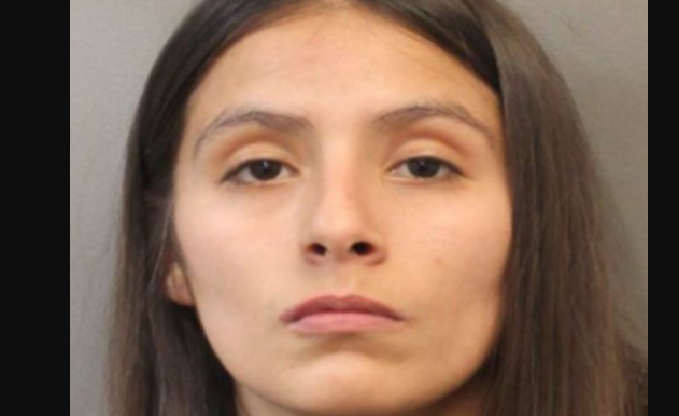 Police were called to the disturbance and arrested Miranda after the suspect told the customer she couldn’t enter the store, sparking an angry argument outside the gas station. According to police, the customer re-entered the store and broke a jar of sauce before leaving.

Miranda then followed the man outside and pulled a gun from her vehicle and walked back into the store. She confronted the customer outside the store and shot him twice, authorities confirmed.

Police were called after reports of a shooting and Miranda was taken into custody and charged with aggravated assault with a deadly weapon.

The suspect is currently being held at Harris County Jail where her bail has been set at $20,000 (£17,000). Police officers have not released the man’s condition or whether he required hospital treatment.

The shooting comes just days after a teacher accidentally shot a student after pulling out a real gun instead of a fake during a ‘bad boy drill.’

Students at South Vermillion County High School in Clinton were attending a law enforcement class led by Vermillion County Deputy Sheriff Tim DisPennett when he fired his gun. The male student, who has not been identified, was shot in the classroom and the student was rushed to the hospital.

Fortunately, the student sustained non-life-threatening injuries from the accident, which was the second shooting at police training since October.