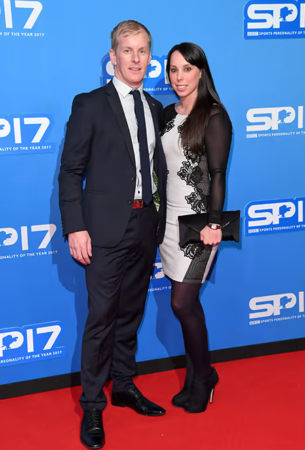 Former British artistic gymnast Beth Tweddle is well known for her performances on the uneven bar and on the floor. She made history by becoming the first gymnast from Great Britain to win a medal at the European, World and Olympic Games.

She is recognized for her endurance and reliability as one of the best gymnasts. Tweddle is credited with starting the UK gymnastics renaissance in the early 21st century, transforming the nation’s program from a distant second to one that consistently competed on the international stage.

Elizabeth Kimberly Tweddle, also known as Beth, competed for Great Britain in three Olympic Games. Her family moved to Bunbury, Cheshire, England when she was 18 months old from Johannesburg, South Africa, where she was born.

In a private interview with HELLO! Magazine in September 2016, the gymnast let her now-husband, Andy Allen, CFO, know about her engagement. Let’s examine her marital situation. Have they remained a couple since they got married in 2018?

Yes, Andy Allen, the husband of former Olympian Beth Tweddle, is still by her side. On June 9, 2022, the retired British gymnast shared stunning wedding photos of her on her Instagram to commemorate her fourth wedding anniversary.

Beth announced her engagement to Andy in September of that year. She also mentioned how the engagement was the ideal way to cap off a difficult time in which she broke her neck after a skiing accident while she was preparing for the Channel 4 television show The Jump.

After an exclusive interview and photo shoot with HELLO! Magazine, the couple revealed how, in Brazil, after the gymnast’s spell as a BBC commentator for the Rio Olympics, Andy got down on one knee and proposed to his devoted girlfriend of two years with a sparkling diamond solitaire.

At the Belmond Hotel des Cataratas in Iguazú National Park, the couple got engaged. With a total of 275 waterfalls, the area has the largest waterfall system in the world.

Andy patted Beth on the back as she turned to take in the breathtaking view, and when she turned around, he got down on one knee and proposed. She reacted with delight, exclaiming, “Of course I will,” in response to the action.

It’s intriguing: Who is Alexandra Everett, the wife of Mutaz Barshim? Married life of an Olympic champion

Britain’s best female gymnast, Beth Tweddle, is happily married to Andy Allen. At the Grade I listed Dorfold Hall in Nantwich, Cheshire, the couple exchanged vows in a grand ceremony.

Before giving a lavish reception at Dorfold Hall, they were married at St. Boniface Church in Beth’s hometown of Bunbury. Beth looked stunning in a flowing white dress. Her former partner on Dancing On Ice, Daniel Whiston, served as emcee for the event.

The gymnast said that her wedding had been incredible and that the day had been magical, marking the end of a difficult time in her life. Beth added that she only recently started to recover from the terrifying injury she suffered in 2016 when she was riding The Jump.

One of his jumps ended up hitting a barrier. He had two broken vertebrae in his neck as a result of the accident and for several months he was unable to walk, shower or dress. It took a long time for Beth to get better after the unfortunate event.

Andy Allen, the husband of Beth Tweddle, and the couple have two children together. On May 16, 2019, his daughter Freya Allen was born. Finley, the couple’s second child, was welcomed on March 17, 2022.

The former gymnast posted a sweet photo of her newborn baby on Instagram after giving birth to her first child. The adorable photo showed the couple holding hands with her daughter’s little hands.

She gave birth to son Finley, her second child, on March 17, 2022. Beth, already a mother to three-year-old Freya, tweeted a sweet black and white photo of her son holding her hand. She said how excited she was to meet the newest member of the Allen family.

How much is Beth Tweddle’s net worth?

Beth Tweddle’s total net worth is unknown, however, due to her great career as a professional British artistic gymnast, it has been estimated to be approximately $1.5 million.

She has also twice won the floor exercise as European champion. Beth retired in August 2013 and began working in media and sports. On March 10, 2013, the former gymnast and Daniel Whiston won the eighth season of Dancing on Ice.

The happy couple and their children are featured on Beth’s Instagram page @bethtweddlenews1.