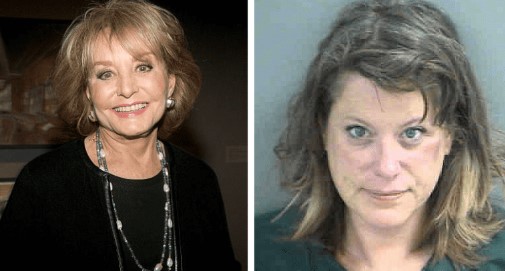 Pioneer Barbara Walters shared an illustrious innovative career that spanned several decades. America’s beloved star journalist died peacefully in her home surrounded by her loved ones at age 93 on Friday, December 30. The broadcast pioneer is known to have paved the way for many women in the news industry by becoming the first female news anchor. Barbara Walters hosted numerous television shows and interviewed an immeasurable number of celebrities and heads of state during her more than 50 years on television.

She was the first woman to host the ABC Evening News in 1976 and later went on to co-host ’20/20′ before creating and co-hosting ‘The View’ in 1997, a successful daytime talk show that has been on the air for more than 20 years. Although Walters had an exceptionally successful career, the legendary television personality also shared a rather unique and extraordinary personal life, with four marriages, three husbands, and a difficult motherhood.

Walters was married four times to three husbands, one of whom was married twice. However, the star had her child from her second marriage to Lee Guber. Walters and Guber were married on December 8, 1963, and explored the options of having children. But sadly, they struggled to have a child on their own, which led them down the path of adoption.

When the couple’s friends were looking to adopt a boy and were offered a girl, Walters and Guber jumped at the chance. They adopted a girl, Jacqueline Dena Guber, in 1968. However, Walters and Guber divorced after 13 years of marriage in 1976, when her daughter was only eight years old. “We had dinner one night with a couple we rarely saw. The woman said she had [the opportunity to adopt] a little blonde, blue-eyed girl,” Walters recalled in the Huffington Post article. Walters named his daughter after the two most important personalities in his life:

her mother Dena and her sister Jacqueline “Being Jacqueline…is a very special person,” Walters said in a 2003 interview. “In that sense, maybe she’s like me, her mother. And she’s like, ‘See, I look like you.’ Every time she says that, she touches me a lot,” Opoyi reported.

In a 2013 interview, Walters told Piers Morgan that she regretted not having more children. “I’m sorry I don’t have more children. I would have loved a bigger family. I have a daughter,” she told Morgan. The same year, Jacqueline was arrested for driving under the influence in Naples, Florida. According to the Collier County Sheriff’s Office, she was released on bond after posting $1,000 bond.