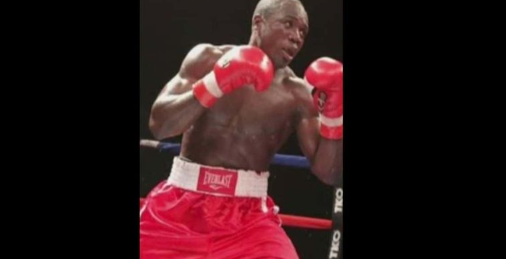 A former professional boxer who was once dubbed “one of the world’s brightest up-and-coming light heavyweights” has been jailed after threatening to shoot at a gym after being banned from fighting. Azea Augustama, who represented Haiti at the 2008 Olympics, was arrested Tuesday, November 22, after depositing an AK-47. He was charged with three felonies.

According to the affidavit, he was charged with two counts of issuing written threats to commit a mass shooting and one count of threatening to kill or cause bodily harm. The 39-year-old, known as the “Haitian hit man,” worked as a personal trainer at Miami’s BOXR gym, from which he was reportedly banned.

According to a police report from DailyMail.com, he was issued a trespass notice on November 11. Agustama then shared a photo of the shooter from the horrific 2018 Parkland school massacre on Instagram on Tuesday, November 22, saying that he “was considering shooting.” a group of people who say that he “touched a girl”.

Apparently, this is after he told the police that he was going back to the gym to take the items from him. The former boxer stated that he is “willing to shoot with a real gun or a bazooka [sic].” “He’s the first when I get my gun,” he allegedly texted a gym member, along with a photo.

The gym’s owner, Mario Attalla, had reportedly informed Augustama: “I can’t have you here,” revoking his membership and promising to refund the former professional boxer’s money. Cops say Augustama admitted to making threats after he was seen paying $150 for a rifle at a pawn shop after being banned.

He was scheduled to appear in Miami-Dade County court on Wednesday, November 23, according to DailyMail.com. Attalla, owner of BOXR Gym, detailed what allegedly drew the Olympian’s ire. “I think it was just a little incident inside the gym where he was being very rude to one of the trainers that works here, and the trainer basically told him ‘look, I’ve got a class going, come on.’

“I’ve got people here, I just need you to finish your training.’ he explained. He got nervous and confrontational, so we had to push him away and say, ‘You can’t be talking to people like that,’ and he basically went into a rage,” the Daily Star reported.