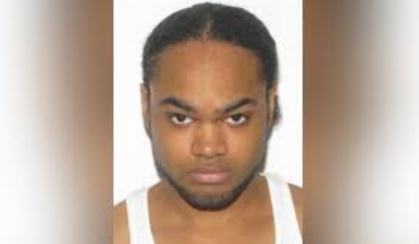 The night crew supervisor killed six people Tuesday night before taking his own life at the Walmart Supercenter in Chesapeake, Virginia, police said Wednesday.The massacre came as people were shopping for last-minute items for Thanksgiving and as the store geared up for Black Friday, when shoppers traditionally head to retailers like Walmart for bargain-priced holiday gifts.

The gunman, identified as Andre Bing, 31, of Chesapeake, was a disgruntled employee, a senior law enforcement official told NBC News. He was armed with a handgun and had several magazines of ammunition, authorities said. Bing was a team leader overnight and had been with the company since 2010, Walmart said.

“We feel tragedies like this personally and deeply. But this one is especially painful because we learned that the attacker was a Walmart associate,” John Furner, Walmart US CEO, said in a message to employees. “Our hearts and prayers go out to those affected and we are grateful for the actions of first responders.”

The company’s CEO, Doug McMillon, in a LinkedIn post, pledged to support store associates after the shooting. In June, Walmart said it added a class to its store manager training program that focuses on spotting employees and customers who may need intervention for mental health issues.

A local hospital treated other victims. The gunman apparently died of a self-inflicted gunshot, police said Wednesday. Chesapeake police and Virginia State Police executed a search warrant at the suspect’s home and authorities believe there is no further risk to the public, authorities said Wednesday.

The Chesapeake store will remain closed while authorities investigate the shooting. That process could take days, authorities said. The Walmart massacre came three days after a deadly mass shooting at an LGBTQ nightclub in Colorado Springs, Colorado, that killed five people.

In May, a white racist gunman shot up a grocery store in Buffalo, New York, killing 10 people in a predominantly black neighborhood. Other Walmart stores have been the scene of deadly shootings. In 2019, a gunman attacked a Walmart in El Paso, Texas, killing more than 20 people, just days after two store employees were killed at the company’s Southaven, Mississippi store.

At the time, McMillon said Walmart would further restrict gun sales in its stores in response to the shootings. President Joe Biden on Wednesday called the shooting a “horrific and senseless act of violence” and said the country needed to crack down on guns. “We are grateful to the first responders who mobilized to help the victims, and I have directed federal officials to provide the people of Chesapeake with the necessary support and assistance,” he said in a statement.

Read Aslo: Who was Tyneka Johnson? Wiki, Biography, Age, Family, Cause of Death