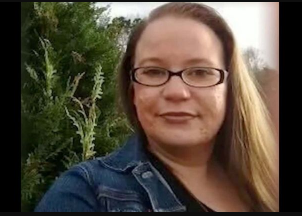 The body of a woman was found at a construction site in Acworth last Friday, October 14. She was identified as Amanda Sharpe, 40 years old. Sharpe’s family is devastated and searches for answers. Police arrested Jake Stephen Schell, 27, in connection with the crime. Acworth Police responded to a welfare checkpoint at 4920 Ivey Road, Acworth, Georgia on October 14 at approximately 10:00 am.

Officers met with the caller and confirmed what appeared to be a dead body. The body was identified as Amanda Sharpe on Monday, October 17. Police determined that the death occurred at a motel at 3027 N Cobb Pkwy, Kennesaw and that the body had been moved to the construction site later. “She was a wonderful daughter, she was a great mom,” said Deborah Moon, Amanda’s mother, as reported by FOX5.

Amanda Sharpe Cause of Death

As she talked about her daughter, Moon’s eyes began to fill with tears. According to Moon, her daughter was dedicated to her family, she had a 14-year-old son and did everything possible to help everyone. “This is the hardest thing I’ve ever been through in my life,” she said. Rhonda Bates, Amanda’s sister, said: “She was thrown away like a piece of trash, she was so much more than that.”

The Kennesaw Police Department took over the investigation on October 15 and obtained an arrest warrant for twenty-seven-year-old Jake Stephen Schell. They released a statement on Facebook that said Schell was “charged with concealing the death of another, tampering with evidence, stealing financial transaction cards (x4), and multiple drug charges.” He is currently being held at the Cobb County Adult Detention Center without bond.

Sharpe’s family says they don’t know Schell and don’t know what could have happened. They are currently trying to focus on finding a way to cover the costs of Amanda’s funeral. Donation boxes have been set up and the family intends to place them in Cartersville stores. “It will be people donating money to help bury my sister, put her to rest, give her a peaceful burial,” Bates said.

The family is also organizing a garage sale. Friends have already started donating clothes and other goods to sell. It will take place at 10 Rubie Lane in Cartersville the following Thursday, Friday and Saturday. If they earn more than is necessary to pay for the funeral expenses, the excess will be given to Amanda’s son. Amanda’s mother says that she appreciates everyone’s efforts and “shows that they care.”