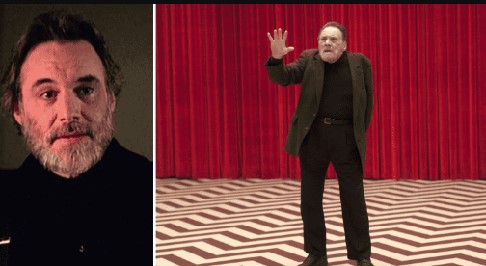 Tributes poured in from across the acting world this weekend after ‘Twin Peaks’ star Al Strobel died at the age of 83. Strobel was best known for playing Philip Michael Gerard or The One-Armed Man in the original series ‘Twin Peaks’ as well as the 2017 sequel series on Showtime. The acclaimed actor hadn’t appeared in a movie or TV show since he reprized his role for the franchise.

The news of his death was confirmed by Sabrina Sutherland, who produced ‘Twin Peaks’ and the David Lynch film Inland Empire. However, the cause of death was not released and it was not clear at this time if he was battling health problems. Sutherland posted on Facebook on Sunday, December 4: “Saddened to have to post that Al Strobel passed away last night. I loved him.” expensive.”

Al Strobel  Cause of Death

According to Variety, the producer also released a statement honoring the late star. “Through the darkness of the future past and much sadness we say goodbye to Al Strobel. He is an irreplaceable human being and will always be an important part of our Twin Peaks family,” he said.

Born in Seattle in 1939, Strobel lost his left arm after a car accident at the age of 17. He subsequently began acting at the University of Oregon in the 1970s and reportedly co-founded the ‘Church of the Creative’ organization. The actor filmed footage of a 1972 Grateful Dead concert in Veneta, Oregon, which was eventually used in a ‘Sunshine Daydream’ documentary film.

He made his acting debut in the 1986 thriller ‘Shadow Play’ alongside Dee Wallace and Cloris Leachman. Strobel landed the role of Philip Michael Gerard aka. Mike aka. The one-armed character in ‘Twin Peaks’ in his 1989 debut. His character was a shoe peddler possessed by a spirit that would make him commit despicable acts, according to the Daily Mail.

However, at some point, Mike experienced a spiritual awakening. To repent of his misdeeds, he cut off his arm that had a tattoo that said ‘Fire walk with me’ indicating that he was touched by ‘El diabólico’. Mike notably appeared in surreal dream sequences with Kyle MacLachlan’s Agent Cooper.

It’s worth noting that Strobel appeared in both seasons of the original series, along with the 1992 film ‘Twin Peaks: Fire Walk With Me’, the 2014 film ‘Twin Peaks: Missing Pieces’ and finally the 2017 Showtime series. The veteran actor also appeared in movies like 1990’s ‘Sitting Target’ and ‘Megaville’, ‘Ricochet River’ and the made-for-TV movie ‘Child of Darkness, Child of Light.’

Strobel’s ‘Twin Peaks’ collaborators paid tribute to the late actor on social media. Mark Frost, the show’s co-creator, tweeted: “Oh no… Dear Al… as those of you lucky enough to have known him over the years, what a warm and wonderful gentleman he was. RIP, dude”. Dana Ashbrook, who played Bobby Briggs on the series, chimed in: “Sad, sad news… I love Al. He was the sweetest of men.” Producer Harley Peyton said, “The most authentic actor I’ve ever met. So accurate, so real. RIP. Al.”