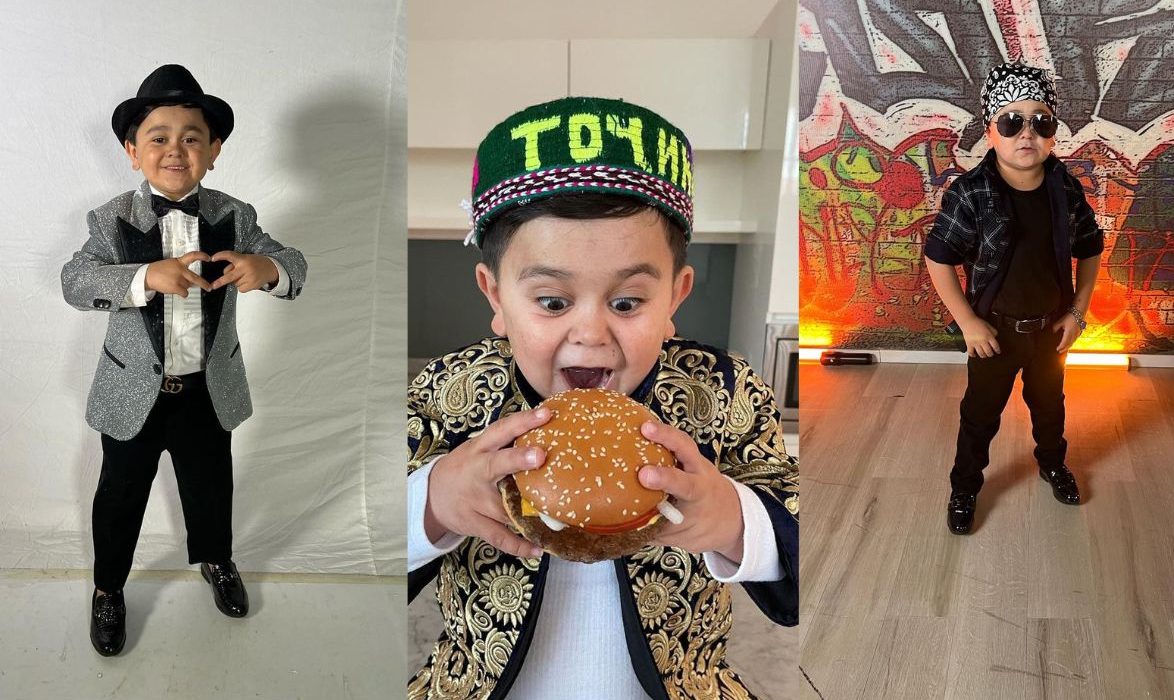 Abdu Rozik, also known as Savriqul Muhammadroziqi, was born on September 23, 2003, in Gishdarva, Panjakent District, Tajikistan. As of 2021, he is 19 years old. Libra is his star sign. He went to school through class 10. He started to learn to read and write later.   He began singing on the streets of Gishdarva when he was very young.

Savriqul Muhammad is his father’s name, and Rooh Afza is the name of his mother. His parents are gardeners. There is not much known about his brothers and sisters. There are two sisters and two brothers in the Rozik family.

In an interview, he shared that he was once in a relationship with a girl.

In childhood, he was detected with rickets, a growth hormone deficiency. As, his family’s financial condition was not good, so they could not provide him with better medical treatment. Due to this, his physical growth was stunted. In an interview, when he was asked that did his medical condition event affected his self-esteem. He replied,

Not really. I know a lot of people who have no job, no good family, and no money. I’ve had my fair share of struggles, too, but I am happy with where I’ve reached now. I shared the stage with the biggest composer in the world; what more do I want in my career? I’d like to inspire people who have a similar condition. I believe everyone is special in some way.”

The year 2019 marked the beginning of his career as a singer. Someone from his town who sings and raps noticed him singing and approached him. Abdu has contributed his singing to a number of songs from Tajikistan, including “Ohi Dili Zor” (2019), “Chaki Chaki Boron” (2020), and “Modar” (2021).

In an interview, he shared how he started singing. He said,

I learnt the songs by listening to them on cassettes. Whenever I was stressed, I used to hum and sing to distract myself. Eventually, singing became a passion. I lived in a village, and so, I used to sing at the bazaars. My social media page still has those videos from when I started,” he shares and adds, “I knew about the latest songs only after I moved to Dubai.”

His songs are available on the YouTube channel Avlod media. The lyrics of most of his songs are based on his struggling life.

In addition, Abdu has competed in a few mixed martial arts fights against players who are either children or dwarfs. In May of 2021, the Russian TikToker and MMA fighter Hasbulla, who is also afflicted with the same condition as him, issued a challenge to him for a bout in mixed martial arts. As soon as their mixed martial arts match was announced, it generated excitement on social media; however, the Russian Dwarf Athletic Association (RDAA) did not approve of it and considered it to be unethical. When Hasbulla was asked about the fight while he was being interviewed, he responded as follows:

Abdu Rozik? He’s a bum. A singer. This fight doesn’t even make sense, fighting with a singer would be a shame for me.” Hasbulla

A video of him singing the Hindi song “Enna Sona” by Arijit Singh, which was featured in the film “OK Jaanu,” was uploaded by him in the year 2021. (2017). He was given an invitation to attend the award ceremony that was held for the IIFA (2022) in Abu Dhabi, United Arab Emirates. During the course of the event, he performed a rendition of the Bollywood song “Ek Ladki Ko Dekha Toh Aisa Laga,” which is featured in the movie “1942: A Love Story” (1994). He played the song for Salman Khan, who was also in attendance at the event, and he dedicated it to him. Following the event, Salman Khan approached him and gave him a bear hug.

Abdu was then invited to India to attend A. R. Rahman’s daughter Khatija Rahman’s wedding reception. In an interview, while talking about it, Rahman said,

Ameen (Rahman’s son and musician) knew the work I was doing and reached out to me. We continued to keep in touch, and then, we first met in Dubai. We became good friends and later, I met AR Rahmanji. I played the piano and we all had an impromptu jam session. That was my first meeting with him.”

In addition to that, he has shared the stage with the well-known Indian singer A. R. Rahman. While they were discussing the same topic in an interview, he made the following statement:

I sang Mustafa Mustafa along with him on stage. It was such an honour to perform with an Oscar-winning composer, who is known globally for his music. I was definitely nervous when singing his lines. But he was sweet enough to let me sing fully. To share the stage with one of my favourite musicians was a dream-come-true moment for me.”

In the year 2022, he took part in the sixteenth season of the Hindi reality TV show known as “Bigg Boss.” He discussed his involvement in the show while being interviewed for the article. He said,

I am excited and nervous but I can’t wait to embark on the next chapter of my life with Bigg Boss 16. Being short and small used to be such a hindrance as people always underestimated my aptitude. People always bad-mouthed me as being the unfortunate child of God and mocked me for my disability throughout my childhood, but now look where I have reached today.”