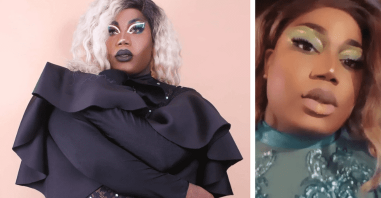 A prominent drag queen, Valencia Prime, died at the age of 25 on September 12 after collapsing on stage during a performance at a gay bar in Philadelphia. Prime was performing at the Tabu Lounge and Sports bar in the city’s Gayborhood. Fellow artist Asia Monroe told WPVI-TV that paramedics arrived on the scene, but Prime was unresponsive. The local medical examiner listed the artist’s cause of death as atherosclerotic cardiovascular disease (a form of heart disease) and noted that she died of natural causes.

The 25-year-old had proudly dubbed herself “Philadelphia’s plus-size dancing diva.” Speaking to NBC News, bar owner Jeffrey Sotland said Prime was in the middle of a drag performance when they suddenly collapsed.

Tabu Lounge paid tribute in a social media post on Wednesday, September 14. The statement read, “Today we mourn the loss of a very bright and rising star in the artist community and a person who was always full of love and positivity,” adding. , “We say goodbye to Valencia Prime but we will not forget the light you brought to the stage”. In a different post, the venue said they’re hosting Prime’s mom on Monday, September 19 for a memorial show. Donations for the same will be given to the artist’s family.

Tributes poured in from Philadelphia’s LGBTQIA+ community for the beloved star. Fellow performer Aloe Vera posted a heartbreaking message on Facebook. The post read: “I’m trying. I’m trying to be strong and I’m trying to be brave because it was you who taught me to be strong and brave. The pain I feel right now is something I don’t wish on anyone. You are and will always be my light. I wish I knew how to get on without you.”

The post added: “I wish I knew how to also inspire others who are suffering right now…but a piece of my soul has been taken from me and I am struggling to pick myself up off the ground without you. I love you with all my heart Valencia. Rest in power.”

Prime’s mother, Christiana Marcus-McRae, also shared the news of the artist’s death in a Facebook post. She wrote: “25 years ago on April 2 at 7:58 p.m. m., I gave birth to my second child and today I am making funeral arrangements…”.

According to Prime’s Facebook page, the 25-year-old was originally from Delran, New Jersey, and attended Delran High School in 2015 before attending Rowan College in Burlington County, New Jersey and studying child psychology at the Temple University in Philadelphia.